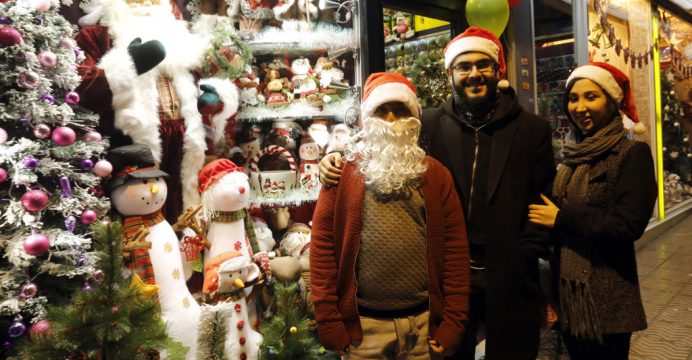 Tehran might not seem like the most obvious pitstop for Santa Claus, but Iranians love the chintzy side of Christmas and it is also one of the safest places in the Middle East for Christians.

The past month has seen shoppers flocking to the Armenian district of Somayeh — the biggest Christian area in the city — to pick up fake trees, and stock up on baubles, reindeer toys, and plastic snowmen, reports BSS.

“It’s really interesting and attractive for us,” said Niloufar, a Muslim woman in her thirties who was out shopping with her husband on Christmas Eve.

“I love the decorations, the tree. We see it as showing a kind of respect for other beliefs. And of course I like all the chocolates!” 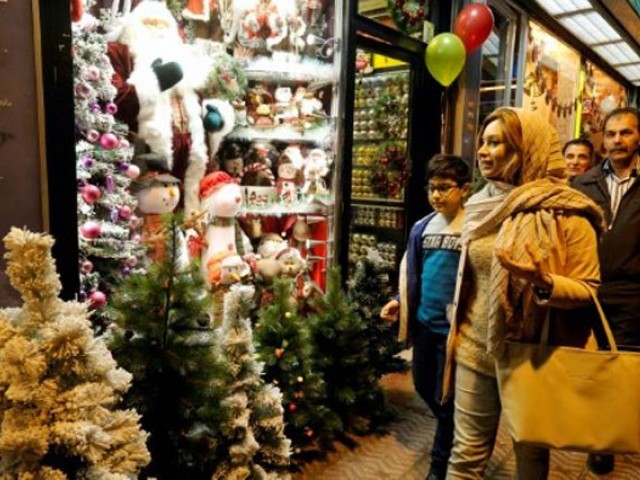 Shoppers line up for selfies with one of several Santas stationed outside stores on the main drag. One Father Christmas, full of the festive spirit, breaks into an impromptu dance to a popular Iranian pop song playing outside a food stall.

Hamed Davoodian owns a grocery store on the street, and says the community never faces any trouble from the authorities.

“Why should we? (Armenians) have been here for 400 years. They are great to us,” he said, adding proudly that Christians fought alongside their fellow Iranians during the brutal war with Iraq in the 1980s.

“There were 30 to 35 martyrs from our neighbourhood,” he said.

Thousands of Christians have emigrated to the United States and elsewhere since the Islamic revolution in 1979, leaving only 120,000 Christians according to the last official count. Most are Armenian — who are Orthodox Christian — along with a few thousand Assyrian Catholics.

Despite the exodus, Christians are officially recognised and protected — along with Jews and Zoroastrians — under laws introduced by the revolution’s founder Ayatollah Ruhollah Khomeini.

There are limitations. Converting Muslims is illegal, which leads authorities to crack down on Persian-language Bibles. Services must be carried out in the original language of the ethnic group.

Human Rights Watch says Persian-speaking converts face persecution. But there are none of those concerns at St Joseph’s Catholic Church in downtown Tehran on Christmas Eve, where it is standing-room only for the midnight mass, delivered in the Assyrian language.

Archbishop Ramzi Garmou tells AFP that Christianity in the region dates back to the second century when St Thomas passed through on his way to India.

Having once numbered in the tens of millions, the Christian community is now tiny, and Garmou says he normally sees only a few dozen for Sunday mass — not least because it’s a working day in Iran and traffic is horrendous.

“But I’ve always said that the strength of the church is not in the number of its followers but the faith they show in their daily lives,” he said.

And he is grateful that Iran is such an oasis of peace in a region beset by war, and in which Christians face mounting persecution.

“Thanks to God, we really live in peace and security, but our neighbours live in anguish and violence. We pray for them tonight,” he said.