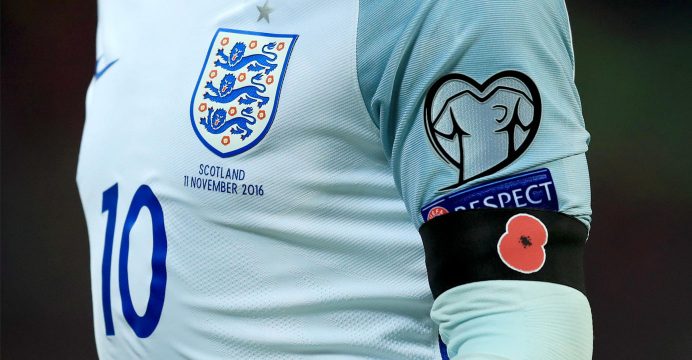 FIFA rules ban “political” symbols on shirts during official games, but the British nations denied they had breached the ban.

The qualifier was staged on Armistice Day, when Britain traditionally pays tribute to all of the country’s war dead.

FIFA disciplinary committee chairman Claudio Sulser stated it was not their “intention to judge or question specific commemorations as we fully respect the significance of such moments in the respective countries, each one of them with its own history and background”.

But in a statement he explained they had issued the fines as “rules need to be applied in a neutral and fair manner across FIFA’s 211 member associations”.

He added: “The display, among others, of any political or religious symbol is strictly prohibited. In the stadium and on the pitch, there is only room for sport, nothing else.”

Wales and Northern Ireland opted against allowing their players to wear black armbands with poppy symbols.