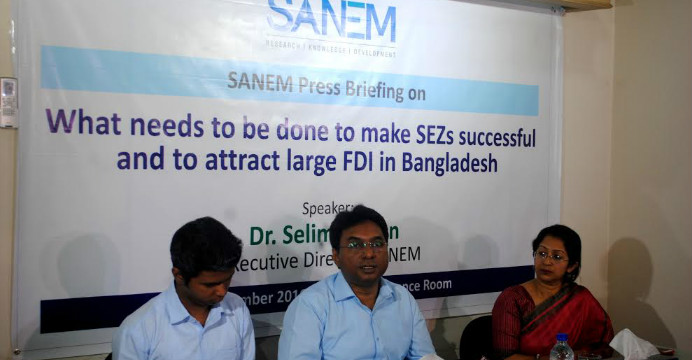 Bangladesh ranks 176th among 190 countries. In terms of sub-components of the Doing Business index, Bangladesh’s worst performances are observed in the areas of ‘enforcing contracts’, ‘getting electricity’ and ‘registering property’ with rankings of 189th, 187th and 185th respectively, according to the 2017 Doing Business index of the World Bank, Dr. Selim Raihan, Executive Director of SANEM told this at a press briefing organized by SANEM on ‘What needs to be done to make Special Economic Zones (SEZs) successful and to attract large Foreign Direct Investment (FDI) in Bangladesh’, in Dhaka, the  capital city of Bangladesh.

Dr. Selim Raihan shared his views with the press. Dr. Raihan appreciated the SEZ initiative taken by the Government of Bangladesh and advises that sectors with high potentials of economic and export diversification should get priority in the SEZs.

While presenting the paper, Dr. Selim Raihan pointed out that, Bangladesh is in a crucial position and facing a lack of investment. Weak infrastructure and poor business environment are critical problems for Bangladesh to attract both domestic investment and FDI. 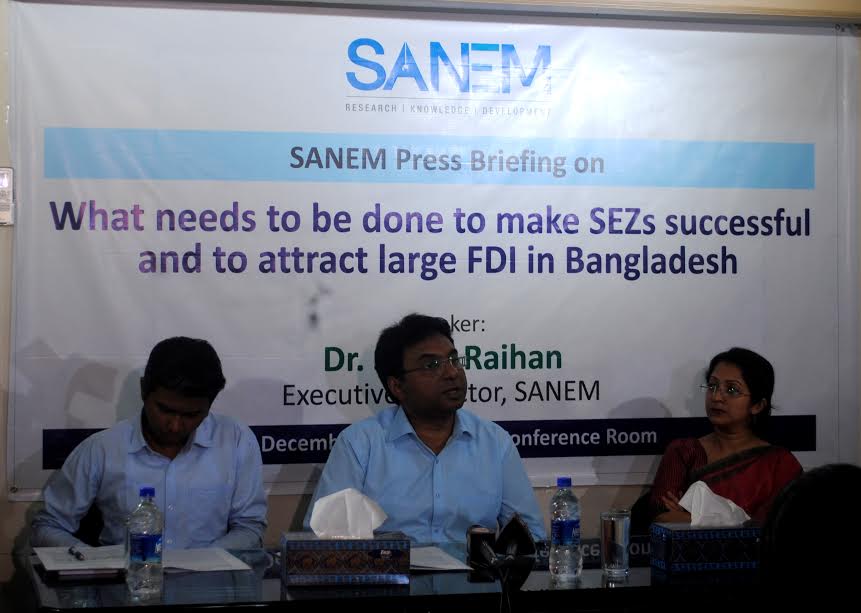 The basic idea of SEZs emerges from the fact that, while it might be very difficult to dramatically improve infrastructure and business environment of the overall economy ‘overnight’, SEZs can be built in a much shorter time, and they can work as efficient enclaves to solve these problems. With these aforementioned objectives in consideration, Bangladesh Economic Zones Authority (BEZA) was instituted by the government in November 2010, based on the Bangladesh Economic Zones Act, 2010, with the aim of establishing 100 SEZs across the country by 2030. 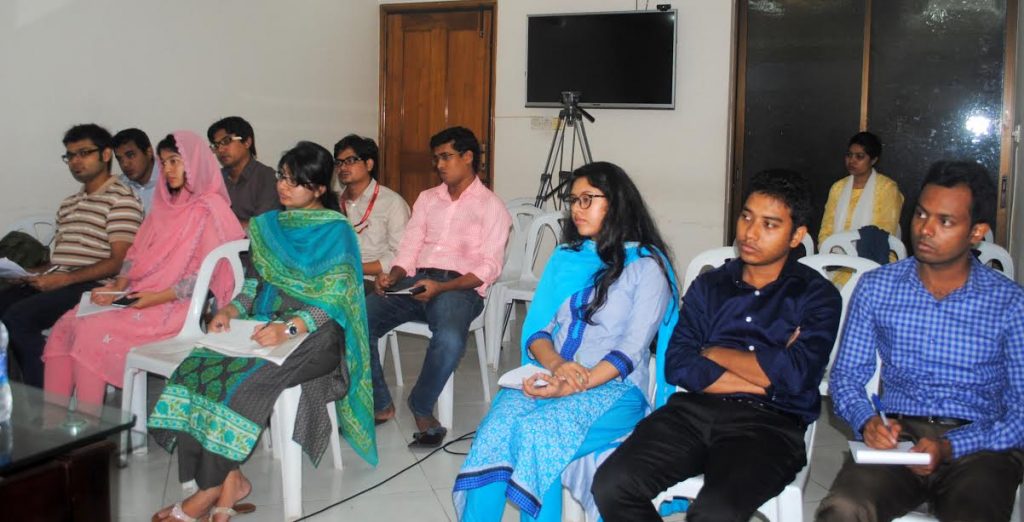 To achieve this goal, highways, and seaport infrastructure should be improved substantially and linked to the SEZs to bring success. Dr. Raihan also stresses the need to improve contract enforcement efficiency and the overall business climate of the economy to attract larger FDI.

Dr. Raihan further said that, “the government of Bangladesh has invited Japan, China and India to set up SEZs, and these countries have also shown their interests in doing so. If properly materialized, these SEZs will have the potentials of receiving substantial FDIs from these countries. However, given the dismal experience of the Korean export processing zone (EPZ) in Bangladesh, it is very important that the government understands what went wrong with the Korean EPZ, and necessary measures are undertaken to avoid such lapses in the future.”

He also mentioned that the tannery industry relocation in Savar to take the industry to grab investment from foreign country and its own interest and Bay of Bengal and its resources would attract foreign investors if Bangladesh could represent it positively.

“The standards of infrastructure and business environment within SEZs have to be up to the global marks. Delays in implementation and unsatisfactory delivery of services would make the SEZs unsuccessful,” reads the SANEM study.

Dr. Raihan also suggests that, there is a need for strong commitments from the political elites in Bangladesh for necessary economic and institutional reforms towards realizing the bright prospects of SEZs. In this context, political stability and avoidance of economic policy reversal can ensure the success of the SEZs.

SANEM is a research organization in Bangladesh that aims to promote in-depth research in the areas of international trade, macro-economy, poverty, labor market environment, political economy and economic modeling.