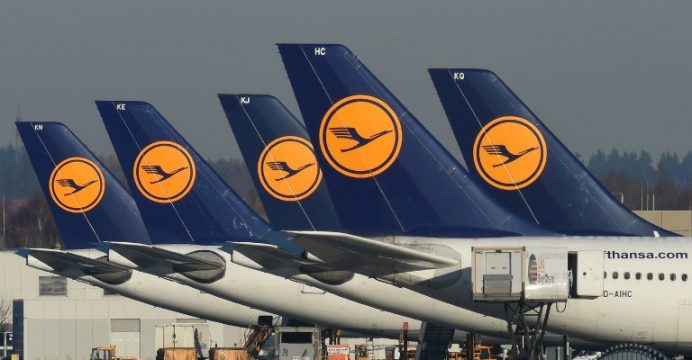 German heavyweight airline Lufthansa cancelled a further 890 flights on Wednesday as pilots remained on strike in a long-running wage dispute.

Lufthansa said some 98,000 passengers were grounded by the walkout, which flight crew extended to long-haul flights after Tuesday’s action affected only short-haul services, reports BSS.

The airline has sought to limit the impact of the strike by introducing an emergency timetable. Some 4,461 flights have been canceled in the six days of strikes since last Wednesday, according to Lufthansa.

Pilots launched their 15th round of industrial action since spring 2014 on Tuesday, after a two-day pause on Sunday and Monday that saw talks break down with management.

Directors and pilots have failed to agree on a wage increase, and Lufthansa’s offer of a mediation process has been flatly rejected by pilots’ union Vereinigung Cockpit. The flight crew organisation plans a demonstration at Lufthansa hub airport Frankfurt late on Wednesday morning.

Other airlines in the group, including Eurowings, Swiss, Austrian Airlines and Brussels Airlines, are not affected by the strike and are running a normal service. Cockpit has not so far called for the strike to continue into Thursday.