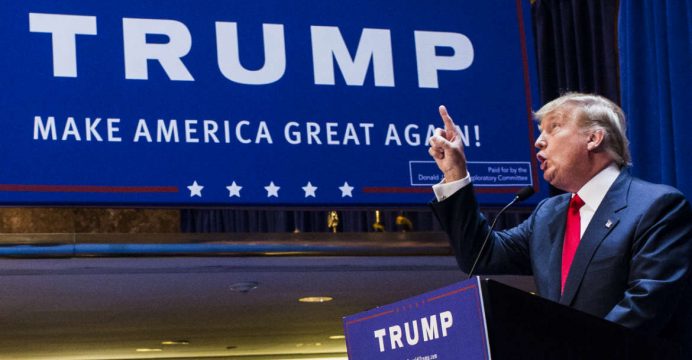 Officials in Wisconsin are preparing to conduct a full recount of the votes from the US election in the state, which was narrowly won by Donald Trump.

A formal request for the recount was filed by the Green Party’s Jill Stein.

Dr Stein, the Green Party’s candidate, has also pledged to file for recounts in Michigan and Pennsylvania,reports BBC.

Lawyers for Hillary Clinton’s campaign say they will participate in the Wisconsin recount, though it is thought highly unlikely the result will change.

The result would need to be overturned in all three states to change the outcome of the election.

The Clinton campaign’s general counsel, Marc Elias, said there was no evidence to conclude the election was sabotaged, but “we have an obligation to the more than 64 million Americans who cast ballots for Hillary Clinton to participate in ongoing proceedings to ensure that an accurate vote count will be reported”.

Dr Stein reportedly wants to make sure computer hackers did not skew the poll in favour of Mr Trump.

In statement, the Wisconsin Elections Commission said it had received two recount petitions from the Jill Stein campaign and from Rocky Roque De La Fuente, a businessman who ran unsuccessfully to be the 2016 Democratic presidential nominee.

“The Commission is preparing to move forward with a statewide recount of votes for President of the United States, as requested by these candidates,” said Wisconsin election commission administrator Michael Haas.

He said the recount would begin in the week after Dr Stein’s campaign has paid the fee, which the commission was still calculating.

Dr Stein’s campaign needs to raise millions of dollars to cover the fees for the vote recount in all three states.

Dr Stein’s website says nearly $5.3m (£4.2m) has already been raised toward a $7m target. It says this is enough to fund the recounts in Wisconsin and Pennsylvania.

However, the fact that the results in the three states were different from what polls predicted was “probably not” down to hacking, Mr Halderman said.

“The only way to know whether a cyber-attack changed the result is to closely examine the available physical evidence ,” he wrote.

The deadline for the petition for the recount in Wisconsin was Friday, while Pennsylvania’s deadline is Monday, and Michigan’s is Wednesday.

Wisconsin provides only 10 votes in the crucial electoral college that gave Mr Trump victory in the 8 November election.