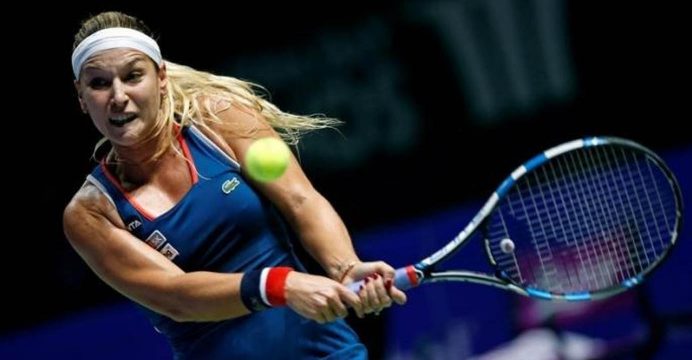 Dominika Cibulkova put on a serving masterclass to secure the biggest victory of her career when the Slovakian stormed to a 6-3 6-4 triumph over world number one Angelique Kerber to claim the WTA Finals title on Sunday.

Cibulkova, making her debut in the elite eight-woman event, was at her effervescent best against her overwhelmed opponent, never giving the top seed an inch as she sealed an unlikely victory with a monumental hold of serve in a tense finale.

Kerber, the Australian and U.S. Open champion, is known for her resilience and fought to the bitter end of an absorbing contest but Cibulkova gritted her teeth and claimed victory with a lucky net cord on her fourth championship point.

“Coming here for the first time and winning the biggest tournament of my life, I just have no words,” said Cibulkova, who lost her first two matches in Singapore this week. 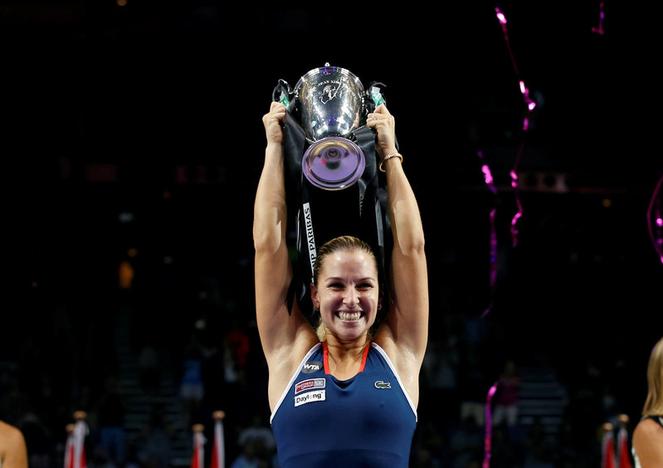 “When the ball just went in on the match point, it was the happiest moment of my life.”

Cibulkova lost a tight three-setter to Kerber in her first round-robin match but turned the tables on the German in the final and will climb to a career-high world number five in the next rankings.

The 27-year-old enjoyed a nerve-settling comfortable hold to open the contest and immediately set about attacking a tentative Kerber, her booming forehand securing an early break as she raced into a 3-0 lead following another strong service game.

Kerber was slowly growing into the contest but still struggling to contain her opponent’s all-action style and the German would have been relieved to stave off another threat in her next service game to finally get on the scoreboard.

A loose forehand in the previous game was the first sign of a drop in intensity in Cibulkova’s game and Kerber utilized her exceptional defense to force the Slovakian into a few more errors as she broke back to reduce the deficit to 3-2.