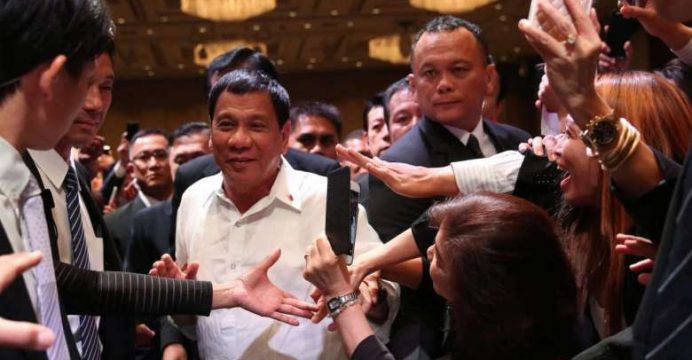 Philippine President Rodrigo Duterte said on Wednesday that he wanted foreign military troops out of his country “probably in the next two years.”

Duterte, who is on a three-day visit to Japan, made the remarks before his meeting with Japanese Prime Minister Shinzo Abe later in the day, reports BSS.

Mentioning the U.S. colonial control of the Philippines over half a century, Duterte said he would pursue an independent foreign policy and the Philippines will “survive” without U.S. assistance.

Former Philippine president Benigno Aquino III signed an Enhanced Defense Cooperation Agreement with the U.S. in 2014, which allowed the return of U.S. troops to the Philippines after the country expelled U.S. soldiers in the 1990s.

Duterte, who took office in June, has reportedly talked about abrogating defense agreements with the U.S several times over the past two months.

Earlier, he also called for the expulsion of about 100 U.S. Special Forces posted in Zamboanga City on Mindanao, who were tasked to help the Philippine military fight against terrorism.