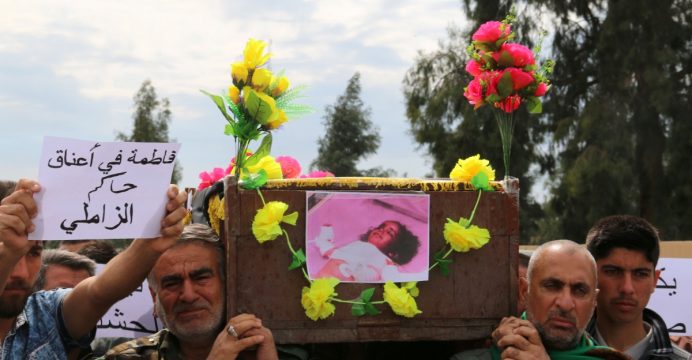 Islamic State launched a major attack on the city of Kirkuk on Friday as Iraqi and Kurdish forces pursued operations to seize territory around Mosul in preparation for an offensive on the jihadists’ last major stronghold in Iraq.

Islamic State’s assault on Kirkuk, which lies in an oil- producing region, killed 18 members of the security forces and workers at a power station outside the city, including two Iranians, a hospital source said, reports Reuters.

Crude oil production facilities were not targeted and the power supply continued uninterrupted in the city. Kirkuk is located east of Hawija, a pocket still under control of Islamic State that lies between Baghdad and Mosul.

With air and ground support from the U.S.-led coalition, Iraqi government forces captured eight villages south and southeast of Mosul. Kurdish forces attacking from the north and east also captured several villages, according to statements from their respective military commands overnight.

The offensive that started on Monday to capture Mosul is expected to become the biggest battle fought in Iraq since the U.S.-led invasion in 2003.

U.S. Defense Secretary Ash Carter said on Friday Turkey and Iraq had reached an agreement in principle that could allow a Turkish role in the Mosul campaign.

Speaking in Ankara after talks with Turkish President Tayyip Erdogan, Carter said the details still needed to be hammered out. NATO member Turkey sees Mosul as firmly within its sphere of influence, but Iraq views Turkish military moves on its territory with apprehension.