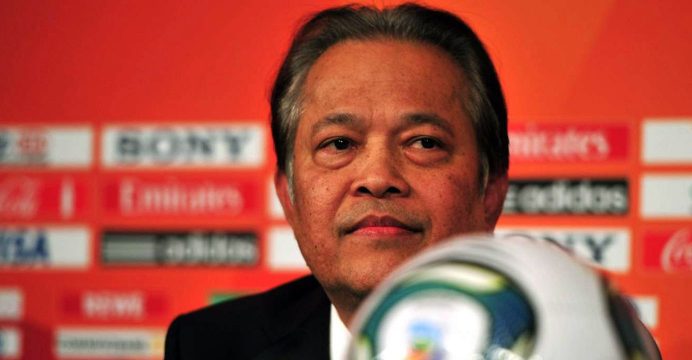 FIFA’s anti-corruption court on Tuesday banned Thailand football chief Worawi Makudi for five years for forgery and refusing to cooperate with an investigation.

Worawi, who was also fined 10,000 Swiss francs ($10,000), has been linked to multiple scandals in his former role as head of the Football Association of Thailand (FAT).

He was found guilty in July 2015 by a Thai court of forgery in his re-election as head of FAT.

The adjudicatory chamber of FIFA’s ethics committee said in a statement it had found Worawi “guilty of forgery and falsification” and of failing to collaborate with an inquiry.

The ban from all football activities starts immediately, the statement said.