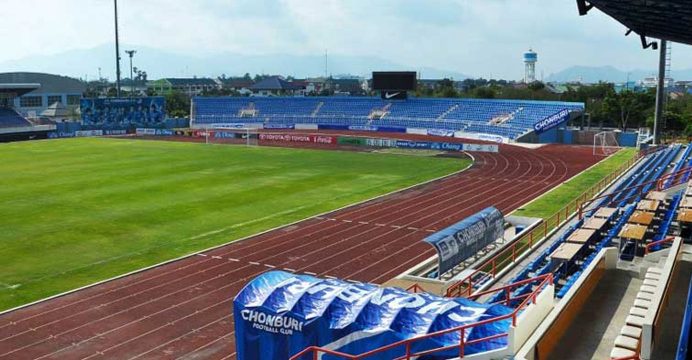 The Football Association of Thailand (FAT) is seeking to move the home World Cup qualifier against Australia on Nov. 15 out of the country amid mourning for the death of King Bhumibol Adulyadej.

A number of domestic sport competitions, including soccer and golf tournaments, have been cancelled or postponed out of respect for the long-reigning monarch who died on Thursday at the age of 88 in a Bangkok hospital, reports Reuters.

The FAT said it had consulted with soccer’s world governing body FIFA and written to Australia and the Asian Football Confederation (AFC) to ask if the match could be re-located.

“Changing the time for the match isn’t an option, so the match must definitely be on,” FAT spokesman Patit Supapong told Reuters on Saturday.

“We have discussed two options with FIFA. First, we’re hoping for an agreement with Australia to let us play an away match first. Second, we might have to find a neutral venue to play if the first option fails.”

Australia’s FA said it was waiting for advice from FIFA and the AFC.

“Football Federation Australia is currently awaiting official notification from FIFA and the Asian Football Confederation on the status of the … qualifier,” an FFA spokesperson said in a statement.

Thailand have lost all four of their qualifiers and are bottom of Asia’s Group B, which is led by Saudi Arabia on 10 points.

Australia, held to a 1-1 draw by Japan in Melbourne on Tuesday, are second in the group on eight points.

The top two teams qualify for the 2018 finals in Russia directly, with the third-placed teams going into a playoff.

As Thais begin a year of mourning for their king, parties and celebrations will be toned down, with the government asking for people to “refrain from festivities” for 30 days.

After an executive meeting on Friday, FAT cancelled all matches in its competitions for the rest of the year, awarding the titles to the league leaders and relegating teams in the drop zones.

The decision gave Muangthong United its fourth crown in the top-flight Thai League.