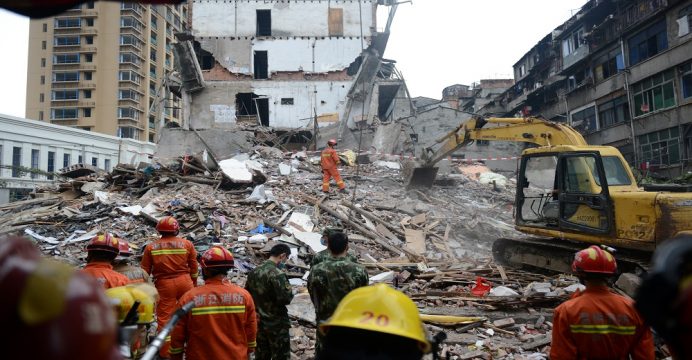 8 killed after a series of unexplained building collapses in China ﻿

Eight people have been killed after a series of unexplained building collapses in eastern China and there are fears the death toll could rise as rescuers searched through the rubble.

Four buildings caved in during the early hours on Monday in the Wenzhou region of Zhejiang province, the Lucheng district government said in a social media post, reports Aljazeera.

Eight people were found dead and five rescued by midday, it said, without giving indications of the number of missing. 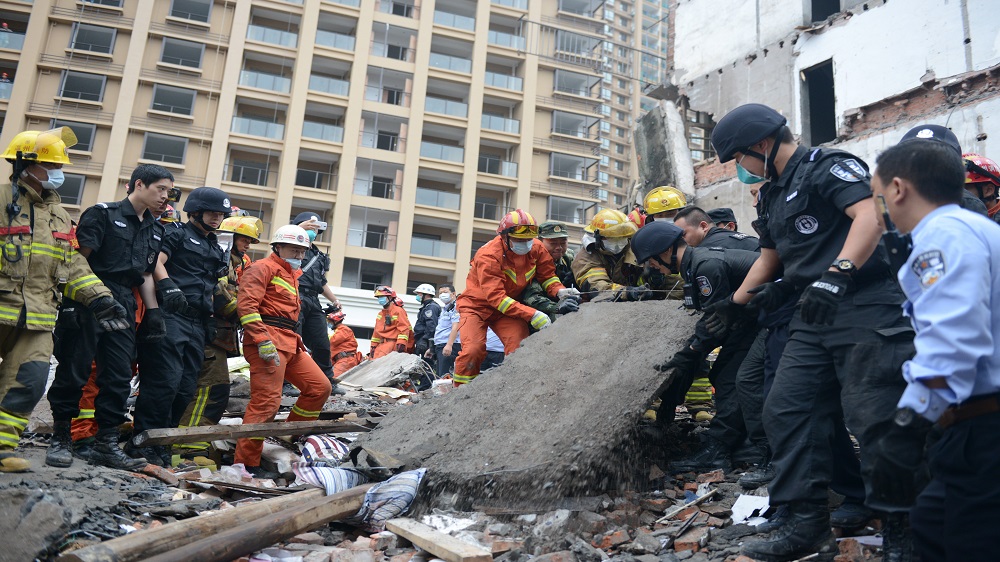 The official Xinhua news agency said rescuers were still verifying the number of people trapped under the debris. It reported an “initial estimate” that more than 20 people had been buried.

The cause of the collapse is under investigation. Pictures from the scene showed workers in orange suits sifting through a mountain of debris.

Al Jazeera’s Adrian Smith, reporting from the Chinese capital Beijing, said hundreds of police and soldiers were involved in the rescue operation.

“They are not sure how many people are stuck under the rubble, because they do not know how many people were living in these structures in the first place. The reason for this is that illegal structures were added to the buildings, a common practice in China,” said Brown.

“In China, in order to reduce costs and minimise delays, contractors cut corners. In some cases, they use sea sand, which has salt in it and salt causes corrosion.”

China has seen several deadly building collapses in recent years with some blamed on low-quality construction.

In May, 16 people were killed after a residential building in southwest Guizhou province collapsed after landslides struck.

Two people died and 24 were injured in April when a storm brought down a wholesale-market building in Foshan city, in the southern province of Guangdong.