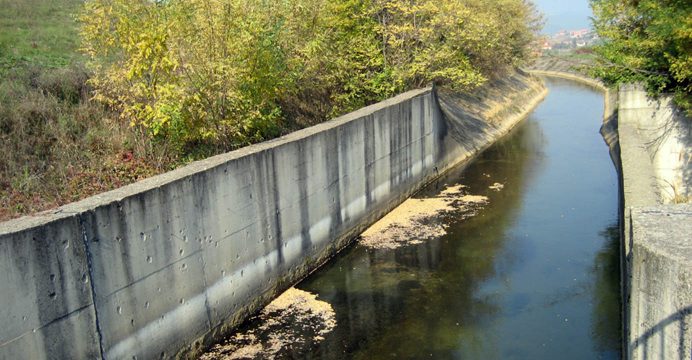 The World Bank’s Board of Executive Directors approved today a €22 million ($24.5 million equivalent) credit for the Kosovo Water Security and Canal Protection Project. The new project aims to restore the main water canal in Kosovo – Ibër Canal – to its original capacity. This will ensure that more reliable and better quality water benefits approximately 500,000 people residing in the central Kosovo canal basin, and becomes a supporting factor for economic and social development.

The central/northern high-lying plateau that covers about half of the country’s territory has limited water resources. Yet, it is precisely this area that holds the country’s largest development potential because most of the mining, agricultural, and industrial activities are located here. This region has the highest population density in the country and is regarded as the commercial and administrative center of Kosovo.

“Improving the reliability and quality of water in central Kosovo is an important element of the government’s overall strategy to promote socioeconomic development and protect its natural resource base” said Ellen Goldstein, World Bank Country Director for Kosovo and Coordinator for Southeast Europe. “The World Bank is pleased to be a partner to Kosovo in managing its water resources for multiple uses.”

The canal is a multipurpose water conveyance system supplying water for energy production, mining, industrial, agricultural, and household uses. Central Kosovo, including the capital Pristina, depends almost entirely on this canal to meet its water needs. Built in the 1970s, the canal infrastructure has been deteriorating over the years. Physical damage and pollution, as a result of landslides/mudslides, unstable soil, runoff from the surrounding farms and streets, garbage, and other debris, have affected the transit capacity of the canal as well as the quality of water.

“The Ibër Canal’s bulk water supply will be cleaner and more reliable, and this will benefit both urban and rural population of central Kosovo, through improvements in energy, agriculture, industry, and municipal water supply for domestic consumption,” said Marco Mantovanelli, World Bank Country Manager for Kosovo.

One component of the project finances works to establish the Ibër canal transit capacity, enable closure of the canal for maintenance, strengthen the canal’s structural safety against extreme events, and enhance Gazivoda dam safety. These works include constructing a reservoir in Mihaliq area, which will enable cutting the canal flow whenever needed to rehabilitate the canal’s closed sections or amid extreme events, and balancing water demand and supply over the 2035 horizon. Another component finances works and equipment for water resources protection and management to increase the system’s operational efficiency and protect water quality against renewed or accidental pollution and other m