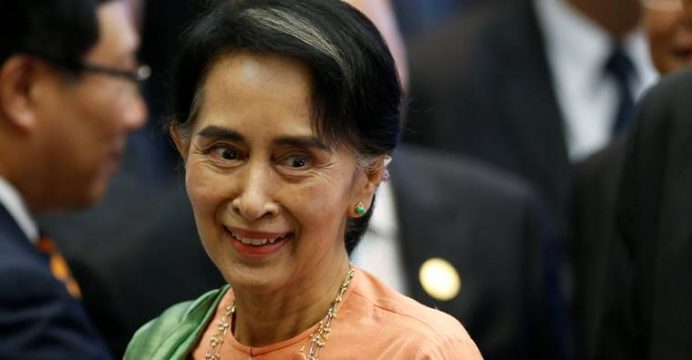 Myanmar’s Aung San Suu Kyi meets with President Barack Obama on Wednesday in her first visit to the United States since her party won a sweeping victory in last year’s election, capping a decades-long journey from political prisoner to national leader.

With Suu Kyi no longer an opposition figure, the United States is weighing a further easing of sanctions against Myanmar, formerly known as Burma, as Obama looks to normalize relations with a country Washington shunned when it was ruled by a military junta, reports Reuters. 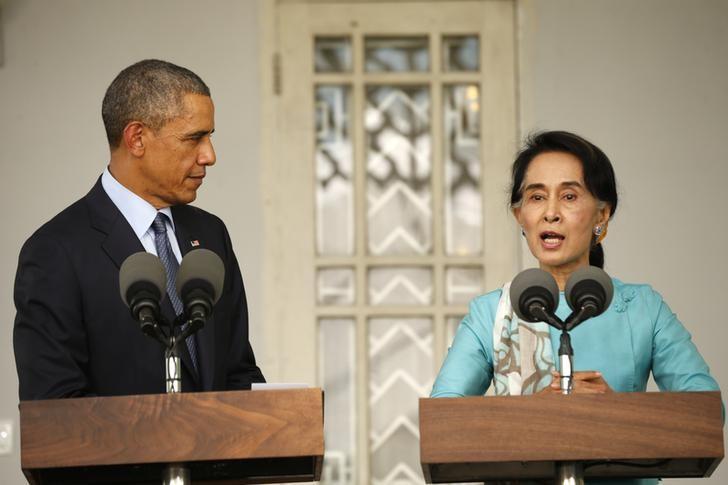 U.S. President Barack Obama and Myanmar’s Aung San Suu Kyi hold a press conference after their meeting at her residence in Yangon, November 14, 2014

“Before it was very much encouraging her (Suu Kyi) and supporting her in her role as someone pushing for increased democracy. Now they (U.S. officials) are meeting someone in charge of the government,” said Murray Hiebert, a Southeast Asia expert at Washington’s Center for Strategic and International Studies.

Obama is expected to consult with Suu Kyi on whether to further ease U.S. sanctions to help investment and democratic transition in her country, the White House said.

The United States eased some sanctions against Myanmar earlier this year to support political reform but maintained most of its economic restrictions with an eye toward penalizing those it views as hampering the democratically elected government.

The military stepped back from direct control of the country in 2011 after 49 years in power, but maintains a commanding role in politics, controlling 25 percent of seats in parliament and leading three key ministries.

Suu Kyi is barred from being president under the military-drafted constitution because her sons are not Myanmar citizens. She serves instead as the country’s de facto leader by holding the positions of foreign minister and state counselor.

“The U.S.-Myanmar dynamic, it is not a close strategic relationship to the exclusion of China but introducing more balance,” said Richard Horsey, an independent political analyst in Yangon.

There are also formidable obstacles at home for the popular Nobel laureate. Suu Kyi has been criticized by rights groups for failing to address the plight of the country’s stateless Rohingya Muslim minority.

About 125,000 remain confined to squalid camps on the country’s western coast following violence between Buddhists and Muslims in 2012.

Last week, a commission Suu Kyi set up and charged with making recommendations on the situation and which is led by former U.N. Secretary-General Kofi Annan, traveled to Myanmar for the first time.

“It is clear that in setting up the Annan Commission, Suu Kyi is not merely looking for some diplomatic cover, but is making Rakhine State a priority and is serious about taking steps to address the situation,” said Horsey.