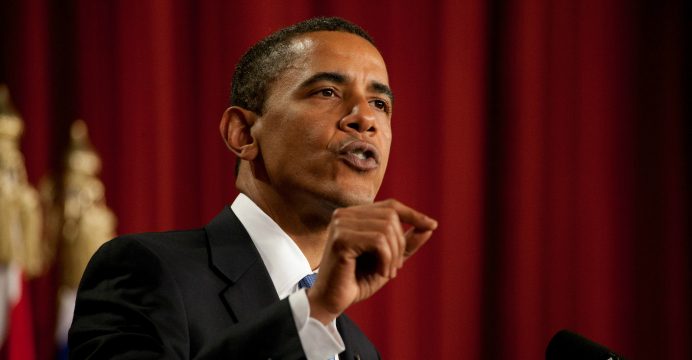 Donald Trump is not suitable to be president, says Obama

“I don’t think the guy’s qualified to be president of the United States and every time he speaks, that opinion is confirmed,” Obama said in an unusually caustic language while overseas.

Obama is in Laos for a summit with South East Asia leaders and his final trip to East Asia.

“I can tell you from the interactions I have had over the last eight or nine days with foreign leaders that this is serious business,” Obama said.

Trump on Wednesday raised eyebrows by saying that Russia’s president was “far more” of a leader than Obama. Putin is “very much of a leader,” Trump said in a televised interview.

“It’s a very different system, and I don’t happen to like the system. But certainly, in that system, he’s been a leader, far more than our president has been a leader.”

“The generals have been reduced to rubble,” Trump said, before noting he had “faith in certain of the commanders”.

The bombastic mogul will face Hillary Clinton in November’s election, which the Democratic former first lady is tipped to win.

Trump has previously angered many in the military community with mocking remarks against US Senator and former prisoner of war John McCain for being captured in Vietnam.

Obama is expected hit the campaign trail with Clinton when he returns to the United States, with voter turnout likely to be a key theme.

Obama won the 2008 and 2012 presidential elections handily by mustering large numbers of young, black, Latino and Asian voters to go to the polls.