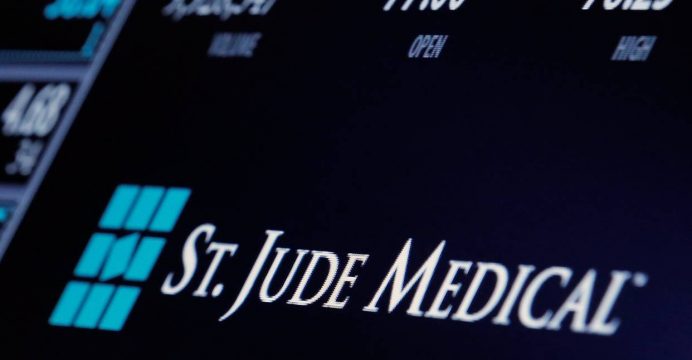 The university said its researchers came “to strikingly different conclusions” after generating the conditions reported by Muddy Waters.

The team consisted of several leading medical device security researchers and a cardiologist from the university, it said in a release.

Muddy Waters founder Carson Block said he shorted St. Jude shares after MedSec approached him three months ago with results of research it had conducted into the company’s medical device security.

In an unusual deal, Block said he hired the cyber security firm as a consultant and agreed to pay it a licensing fee for the research and a percentage of any profits from the investment.

The University of Michigan’s team reproduced error messages, or signs of a problem, which Muddy Waters cited as evidence of a successful “crash attack” into a home-monitored implantable heart device. But the messages are the same set of errors that display if the device is not properly plugged in, the university said.

“We’re not saying the (Muddy Waters) report is false; we’re saying it’s inconclusive because the evidence does not support their conclusions,” said Kevin Fu, University of Michigan associate professor of computer science and engineering and director of the Archimedes Center for Medical Device Security.

St. Jude has called the Muddy Waters report “false and misleading,” saying most of the observations applied to older versions of its [email protected] devices that had not been patched with security upgrades.

Muddy Waters issued a statement saying the firm was not surprised that the result of the research was inconclusive.

“We deliberately did not publish detailed information on the vulnerabilities, exploits or attacks on the devices in order to avoid giving the play book to potential attackers,” the statement said. “If anything, this proves that we were responsible with our disclosure.”