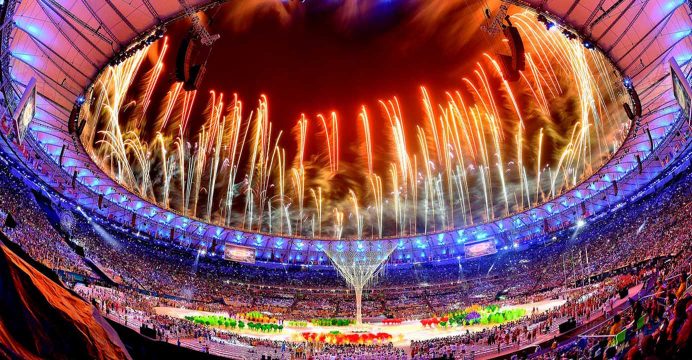 In a style befitting the carnival traditions of the host city, the Rio 2016 closing ceremony opened in a blaze of color and a musical backdrop of samba sounds, as dancers twisted and turned to form the outlines of a series of iconic Rio monuments and landmarks, culminating in a multi-coloured depiction of the Olympic rings. 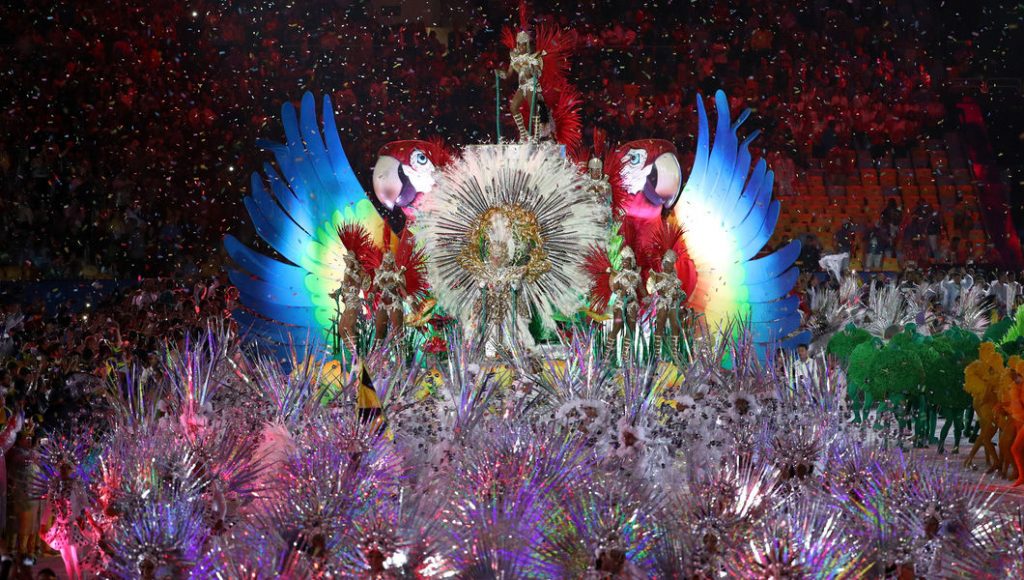 That gave way to the traditional parade of the athletes, led by Greece and host nation Brazil, who with seven golds had enjoyed their most successful Games ever, and culminating with Japan, whose capital city Tokyo will play host to the next edition of the Games in 2020. 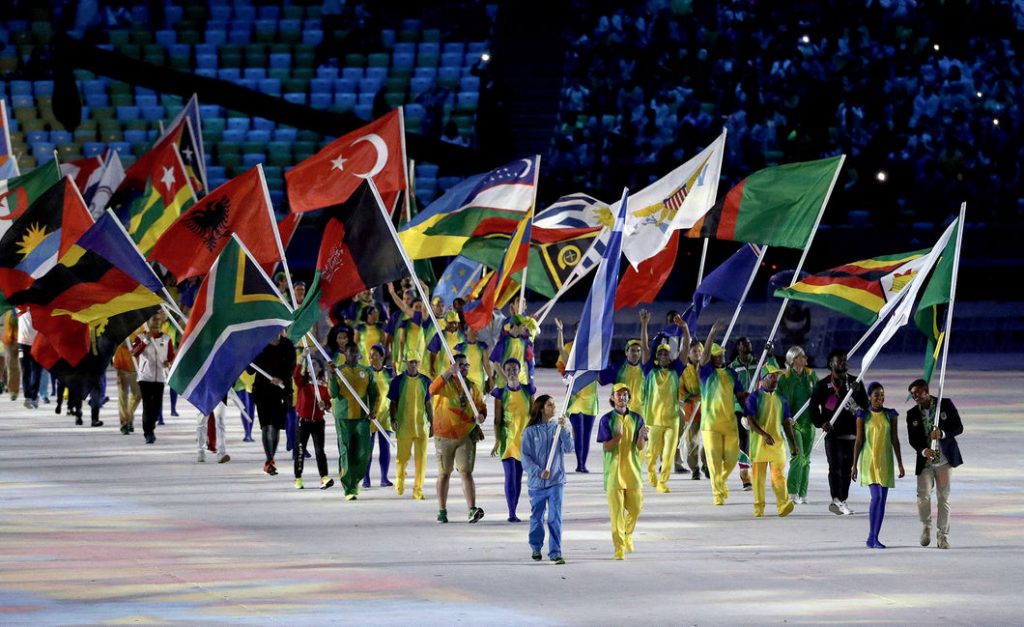 Once all of the athletes were safely inside the stadium, the spotlight fell on Norwegian DJ and musician Kygo, who accompanied American singer Julia Michaels in a rendition of a song called Carry Me, which then gave way to a film promoting the launch of the IOC’s innovative new digital media platform, the Olympic Channel. The channel, which, as of 21 August, is available online and on android and iOS mobile devices, initially in English, provides sports fans around the world with the opportunity to access Olympic-related content throughout the year. 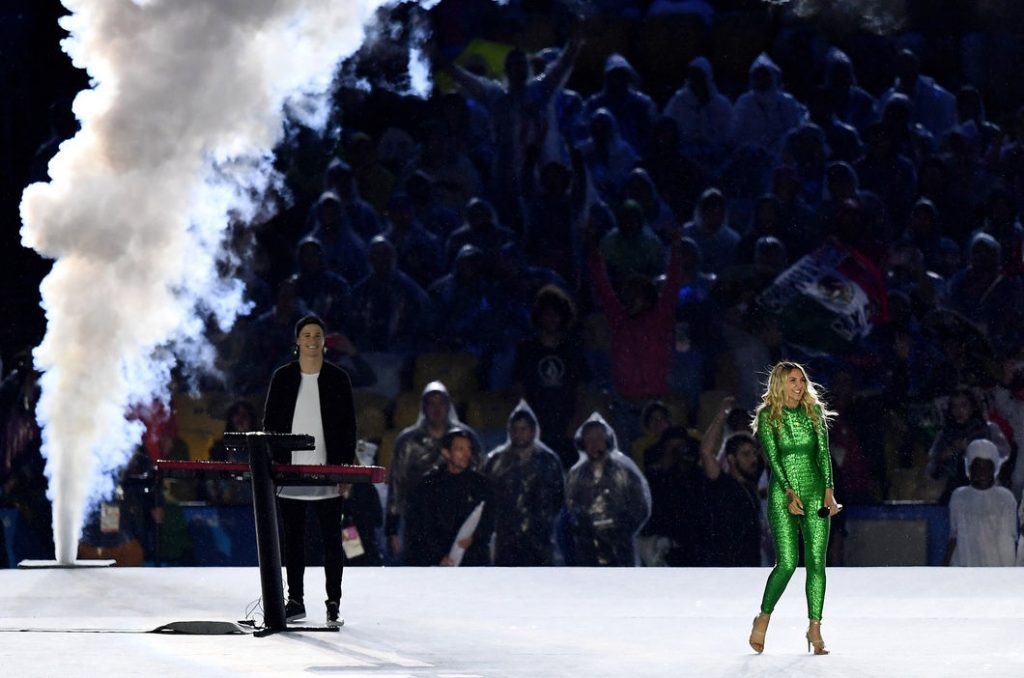 In the last of 306 medal ceremonies, IOC President Thomas Bach draped the gold around the neck of Kenya’s Eliud Kipchoge, who had won the men’s marathon earlier in the day.

Following a celebration of Brazilian art, going back to prehistoric times, the four newly elected members of the IOC Athletes Commission then took the stage – German fencer Britta Heidemann, table tennis star Seug-Min Ryu from the Republic of Korea; Hungarian swimmer Daniel Gyurta and pole vaulter Yelena Isinbayeva of Russia – each of whom then presented a bouquet to one of the Rio 2016 volunteers.

President Bach then took the stage flanked by the Mayor of Rio Eduardo Paes and Tokyo Governor Yuriko Koike, as the focus shifted from the current host city to its successor in 2020. 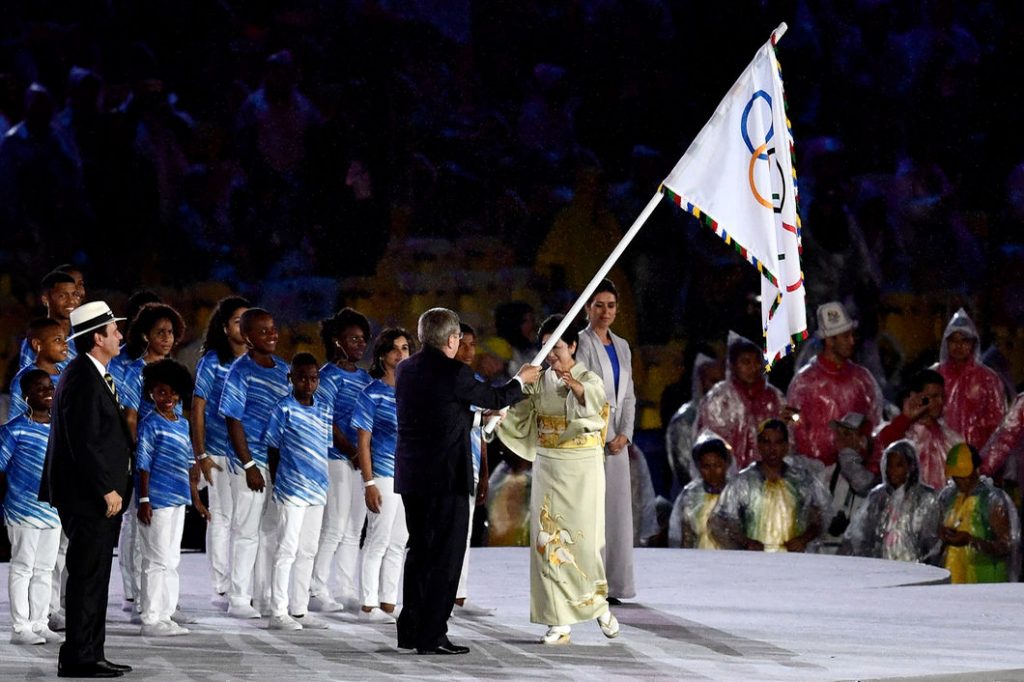 As a choir of Rio children sang the Olympic anthem, the Olympic flag was then passed symbolically from Mr Paes, via the IOC President, to Ms Koike. The scene was thus set for Tokyo 2020 to take centre stage, as Sugar Loaf mountain gave way to Mount Fuji, and the central area of the stadium morphed into a huge Japanese flag, accompanied by the country’s national anthem. “Rio obrigado arigato” (thank you Rio in Portuguese and Japanese) read the giant message that appeared in the middle of the stadium, which was then repeated in dozens of other languages.

A film entitled “Warming up Tokyo 2020” then took us on a sporting and cultural excursion around the next host city, featuring various Japanese sporting icons, and culminating with a surprise appearance from the country’s prime minister, Shinzo Abe, who, running late to get from Tokyo to Rio, morphs into popular video game character ‘Super Mario’ and is then seen tunnelling between the two cities. In a genius twist, the Prime Minister Abe actually then surfaced in the middle of the stage at the Maracana, in real life, prompting gasps around the stadium.

The stadium was then filled by a series of animated depictions of the 33 three sports that will feature at the Tokyo 2020 Games, the motto of which is “Discover Tomorrow”. These include no less than five new sports: baseball/softball, karate, sport climbing, skateboarding and surfing. 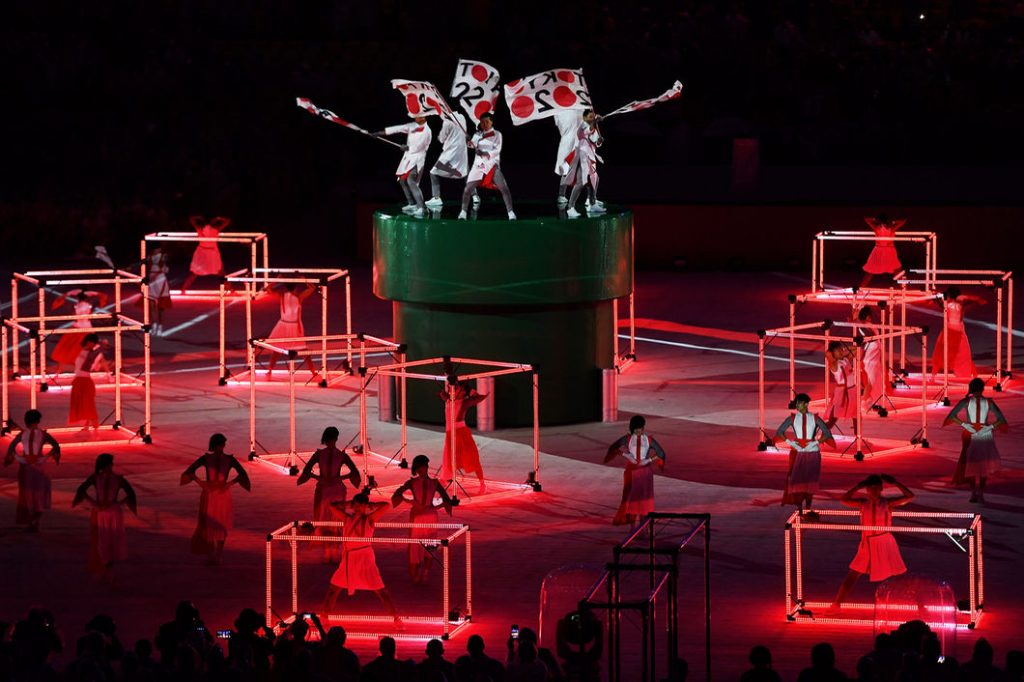 IOC President Thomas Bach was then joined in the centre of the stadium by Rio 2016 Organising Committee President Carlos Nuzman, who described the latest edition of the Games as a victory for sport, which would stay with the host city for ever. “I’m proud of my country, my city and my people,” he said, adding that the Games had renewed pride in the country, singling out the volunteers and athletes for special praise.

In his closing address, IOC President Thomas Bach was fulsome in his praise for the host city: “We arrived in Brazil as guests. Today we depart as your friends. You will have a place in our hearts forever,” said President Bach before switching to Portuguese: “Estes foram Jogos Olímpicos maravilhosos, na cidade maravilhosa! (These were marvellous Olympic Games in THE marvellous city!)

The IOC President went on to describe the Rio Games as a celebration of diversity, which would leave a lasting positive impact on the host city. “These Olympic Games are leaving a unique legacy for generations to come. History will talk about a Rio de Janeiro before and a much better Rio de Janeiro after the Olympic Games.”

In recognition of the host city’s efforts President Bach also revealed that the Olympic Cup, the award created 110 years earlier by the founder of the modern Olympic Games Pierre de Coubertin, would be presented to the people of Rio de Janeiro. Six ‘cariocas’ representing various NGOs, the volunteer team and the construction workforce who worked on the Games venues, were invited onto the stage to accept the cup on behalf of their fellow citizens. 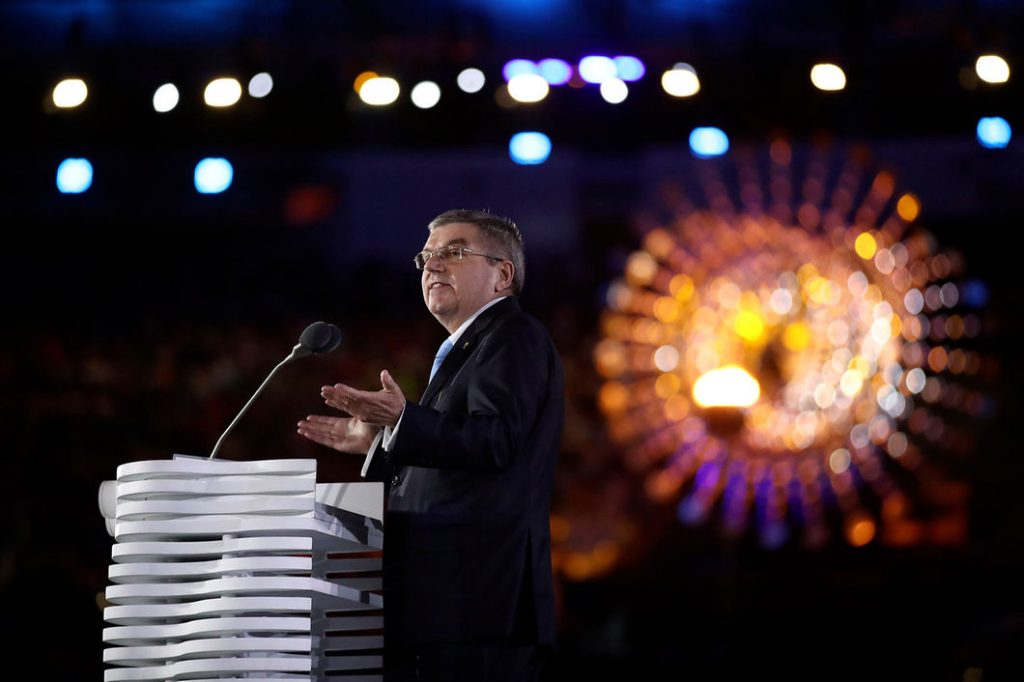 President Bach also had a special word for the 10 athletes who competed under the Olympic flag for the Refugee Olympic Team, pledging the IOC’s continued support for athletes who find themselves unable to compete under their own flag: “You have inspired us with your talent and human spirit. You are a symbol of hope to the millions of refugees in the world. We will continue to stay at your side after these Olympic Games.”

President Bach then declared the Games of the XXXI Olympiad closed, and in accordance with tradition, he called on the youth of the world to assemble in Tokyo in four years’ time. And with that it was ‘Bye bye Rio” 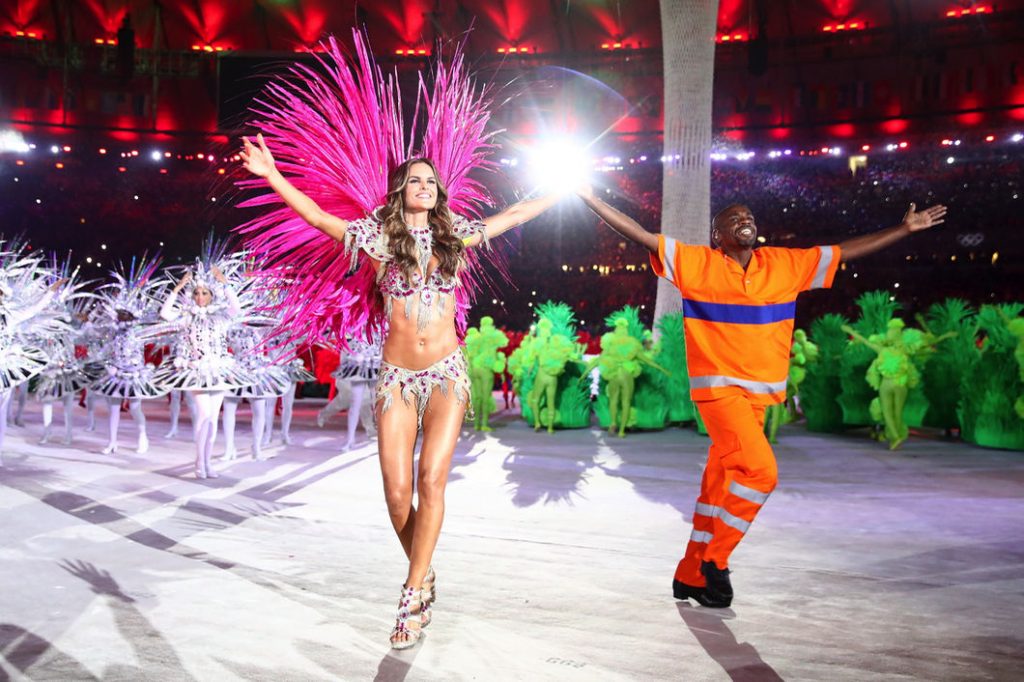 With the formalities over, the performers returned, this time with a vibrant and colourful choreographed homage to famous Brazilian artist and landscaper Roberto Burle Marx.

Popular Brazilian singer Mariene de Castro performed a ballad at the foot of the Olympic cauldron as tropical rains extinguished the flame. Then, in an echo of the Opening Ceremony, a Pau Brasil tree, the national tree which gave the country its name rose majestically up from the centre of the stage. That was the signal for a burst of fireworks to illuminate the entire stadium. A samba band then upped the tempo, hammering out Rio’s very own anthem, “A Marvellous City”, as the Closing Ceremony was transformed into a Carnival-style celebration. It was a fitting tribute to what had been a carnival of sport and a marvellous Olympic Games.