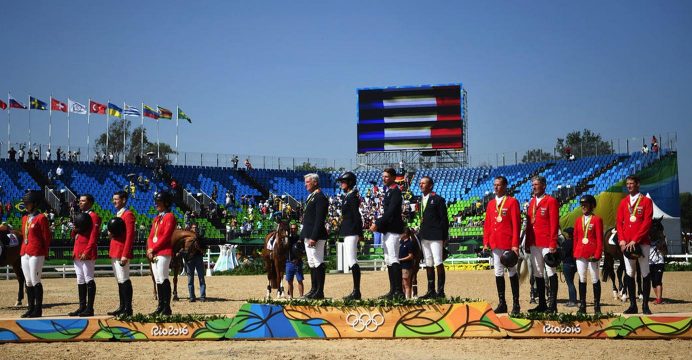 France fought back from fifth place to win the Team Show Jumping Competition, claiming their first gold in the event since Montreal 1976 and a second equestrian title at Rio 2016.

USA team started day two tied for the lead with the Netherlands, Germany and hosts Brazil but had to settle for silver after Olympic veteran Beezie Madden withdrew due to an injured horse, which meant the Americans lost the benefit of being able to drop their lowest score of four riders. The Germans claimed bronze after a jump-off with Canada. Daniel Deusser, the third of their four riders to jump, sealed the medal with a swift clear round.

Having started the day with two-time faults from the previous round of jumping, France incurred a further time penalty on a challenging course. Crucially, though, their riders left all the rails up, with Roger Yves Bost, their third and final competitor, holding his nerve as the French finished with three penalties to the USA’s five. 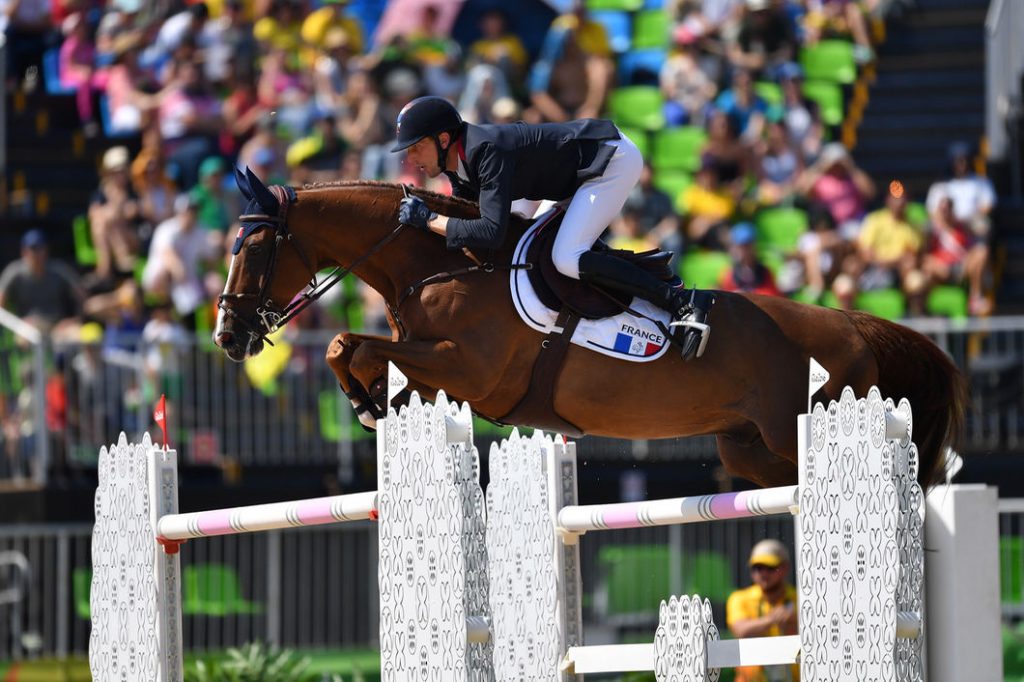 Home favourites Brazil finished fifth behind Canada, after their three remaining riders in the competition had a single rail down.

Speaking after emulating his father Marcel, a gold medallist in Montreal 40 years ago, French rider Philippe Rozier said: “I was always proud to be the son of an Olympic champion and now we have two gold medals in the family.”

Giving his reactions to pocketing gold, team-mate Kevin Staut said the French had overcome no little adversity in taking the title: “We had a difficult time at the beginning of this week, with Simon (Delestre’s) horse out and then with Penelope (Leprevost) taking a fall. But it helped us to fight more. It was a tough week but we stuck together and we have great horses. I am very proud to be part of this team.”

“There was no pressure because I did not know any of the scores,” said the cool-headed Bost. “I watched some riders and then I went out to do my job.”

Commenting on the USA’s response to having only three riders on the final day, McLain Ward said: “We did not really have an option. Elizabeth has been our anchor for the better part of a decade and her record of coming through in the clutch is second to none. But we thought we had a strong team, strong horses. And we thought the course was brilliant today – real Olympic calibre team jumping. So we are very proud.”