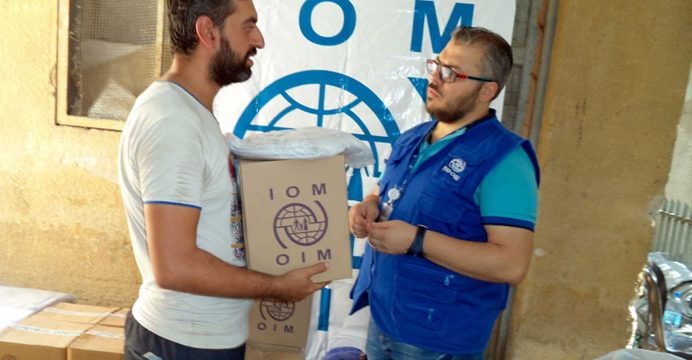 IOM, in coordination with Syria Arabic Red Crescent, Al-Ihsan Charity and Development and international partners launched an aid operation in Aleppo to help up to 40,000 people newly displaced by escalating violence.

Hundreds of thousands of civilians are under threat in Aleppo due to growing shortages of food, medical supplies, safe drinking water and other essentials. IOM is providing non-food relief item (NFI), shelter and health assistance.

Some 40,000 internally displaced persons (IDPs) are expected to benefit from the operation, which will roll out through the end of August and is funded by the governments of Australia and Japan, the OCHA Humanitarian Fund and ECHO. 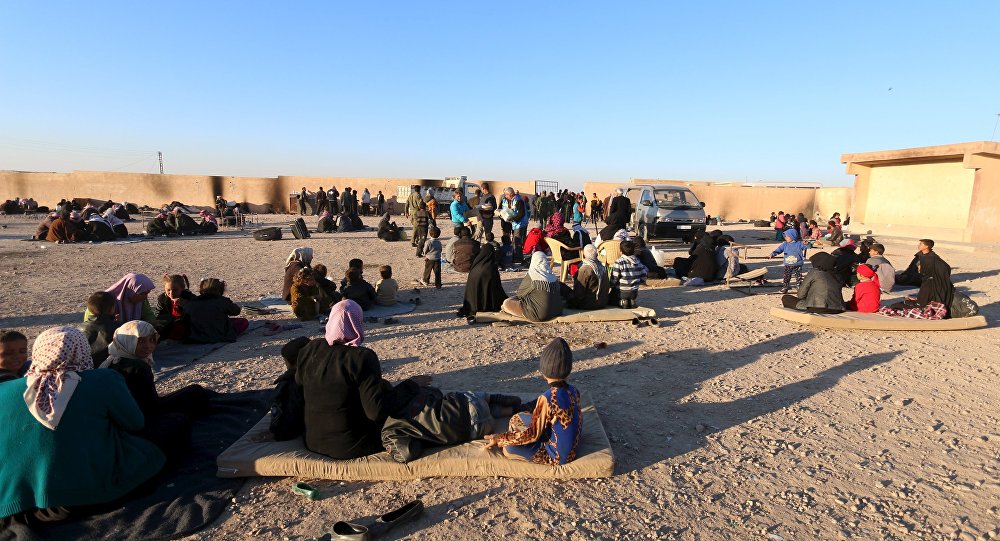 Basic health care in Aleppo is also desperately under-resourced and IOM will provide primary health care equipment and supplies for one health center.

This will include standard surgical kits, an electrocardiogram, an oxygen concentrator and other essential primary health care items. It will also provide 35 wheelchairs (25 adult and 10 child), and 30 pairs of crutches.

IOM and its UN partners are also pre-positioning stocks in Aleppo and Homs in the event of an influx of more internally displaced families.

Due to limited access to the eastern part of Aleppo City, IOM Turkey with a local implementing partner will also preposition a number of priority NFIs inside Syria. These will include solar lamps, hygiene kits and baby diapers for 30,000 people. The items will be transported to eastern Aleppo City when a window of opportunity becomes available.

In addition, in the event that there is an influx of population from Aleppo City to opposition-controlled areas, IOM will provide emergency NFIs including blankets, mattresses, tarpaulin, jerry cans, hygiene kits, kitchen sets, solar lamps, floor covering and baby diapers for 8,000 displaced families. Some 800 tents are also on standby and if required will be shipped to Aleppo immediately.

IOM staff report that some 5,000 people recently fled military activity in the Hamadaniyah area of western Aleppo, including 1,070 from Tishreen and Riyadah.

The majority have moved to safer regions in other areas of western Aleppo and are living with extended family, friends and host communities. Some 1,164 of the IDPs are living in makeshift shelters, schools, mosques and other public buildings.

An estimated 1.45 million people are still living in Aleppo and are exposed to the conflict.

“The situation across Aleppo is worsening by the minute. Access to all affected areas needs to be granted immediately to enable humanitarian agencies to deliver life-saving aid,” said IOM Syria Emergency Coordinator Dave Bercasio.