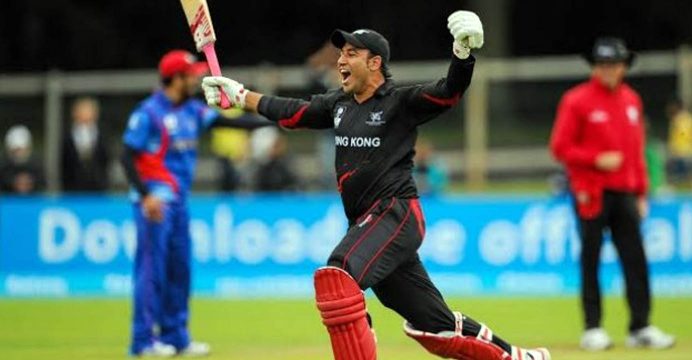 Hong Kong Cricket Association today proudly announce that Babar Hayat has been appointed captain ahead of the upcoming tour of United Kingdom and Ireland.

Selectors have appointed Hayat after Tanwir Afzal elected to stand down from the post to focus on his own performances.

Babar will lead a 14-man squad on a testing tour that includes Hong Kong’s Intercontinental Cup clash against Ireland and two One Day Internationals against Scotland.

“I am honoured and extremely proud to be named captain of Hong Kong,” Babar said.

“It is a privilege to even play for Hong Kong so to be given this opportunity is very humbling and a challenge I’m looking forward to.”

“I must thank Tanwir for his efforts – the team has come a long way since he took over the captaincy and I’m sure I’ll be using his experience on the field.”

“We have some exciting new faces for the upcoming tour, which will be a test in Ireland and Scotland’s home conditions. I’m really excited to lead this young team.”

Babar, 24, has played 43 Twenty20 matches for Hong Kong since debuting in 2012. He famously hit 15 off the last over against Afghanistan to qualify Hong Kong for the 2016 ICC World Twenty20. But it’s been his progress in recent months that has impressed.

“Babar thoroughly deserves this opportunity from the summer he has had,” Director of Cricket and selector Charlie Burke said.

“His fitness and his determination to take this team and Hong Kong cricket forward really excites me. He has lead from the front in training and shown he is ready for a leadership role.”

“I have no doubt that Babar will continue his impressive performances and lead the squad from the front.”

Aizaz Khan has also been given his first leadership role in the team and has been appointed vice-captain in the absence of Mark Chapman. Aizaz, 23, has played 39 Twenty20 matches for Hong Kong after making his debut in 2011.