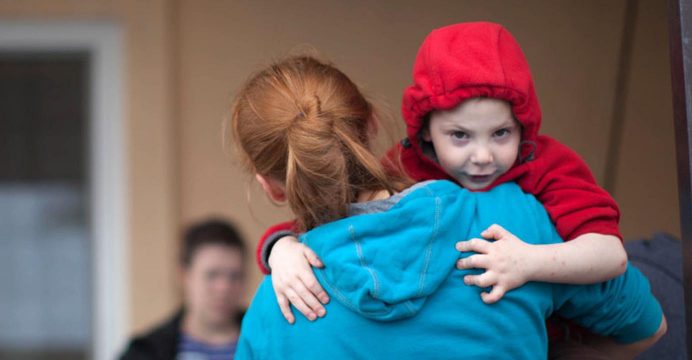 Survey reveals hurdles to integration of displaced in Ukraine

Employment remains a key challenge for internally displaced persons (IDPs) in Ukraine, according to a European Union-funded IOM survey. The cumulative report on the survey’s results* was published by IOM Ukraine this week.

Common obstacles to the employment of displaced people are employers’ concerns that IDPs would prefer a temporary job when the employer needs permanent staff. In addition, employers say that that they cannot offer adequate wages to entice and retain IDPs, who are often stretched financially and need significant funds to cover accommodation costs, including furnishing and equipping their new homes.

Displaced women face additional difficulties, since for those who have to look after their children, only part-time jobs or self-employment are generally feasible. This provides less income.

“More than half of the IDPs we have surveyed have higher or incomplete higher education, so their labour and intellectual potential could significantly contribute to the country’s economic recovery,” said IOM Ukraine Chief of Mission Manfred Profazi.

“Conditions for the realization of IDPs’ business potential should be further enhanced, including the development of public-private partnerships with the involvement of small and medium-sized businesses. There is also a need for targeted, special programmes to promote IDP employment,” he adds.

Since the beginning of the crisis in Ukraine in 2014, IOM, supported by its donors, has provided support to over 100,000 conflict-affected people. Its current focus lies in providing income opportunities for IDPs and host communities, and facilitating social cohesion, recovery and peacebuilding. These efforts include business training for over 5,500 IDPs and local community members, with grants for equipment and vocational training provided to over 3,300 beneficiaries.