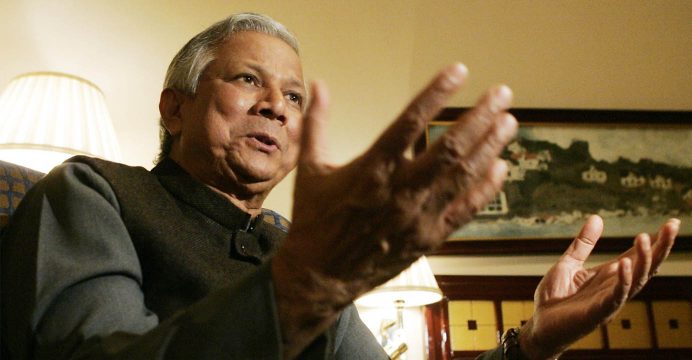 Bangladeshi Nobel peace Laureate Professor Muhammad Yunus, wearing elegant Olympic athlete uniform carried the Olympic torch today on the final leg of the Olympic torch relay in Rio de Janeiro in the build up to the opening of the 2016 Games.

Professor Yunus received the flame from senior IOC representative James Tompkins in a brief ceremony of transferring the flame from his torch and walked 200 metres with the flame to loud applause and cheers of the flood of crowds on the streets. 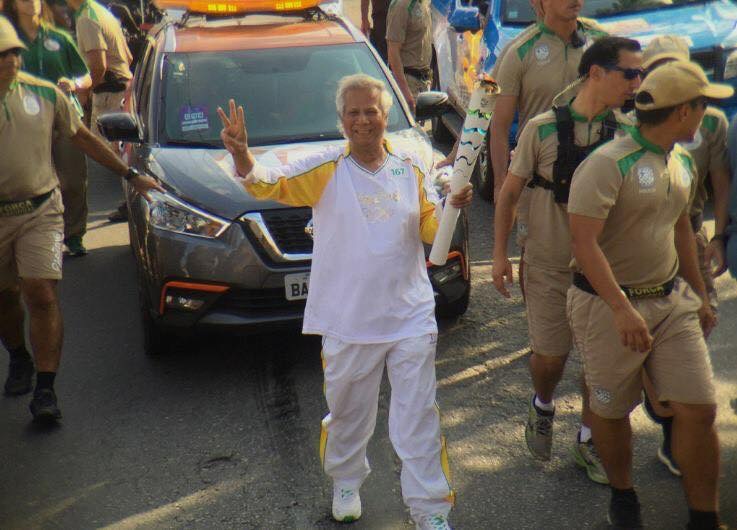 During the walk with the flame, Professor Yunus held up the flame in one hand and held up three fingers of the other hand to symbolize the three zeroes urging the global audience to work for. These three zeros stand for three social and environmental goals of “Zero Poverty, Zero Unemployment, and Zero Net Carbon Emissions”. He has been advocating to add a social dimension to all IOC programs . This was the core message of his address to IOC Annual General Meeting yesterday. 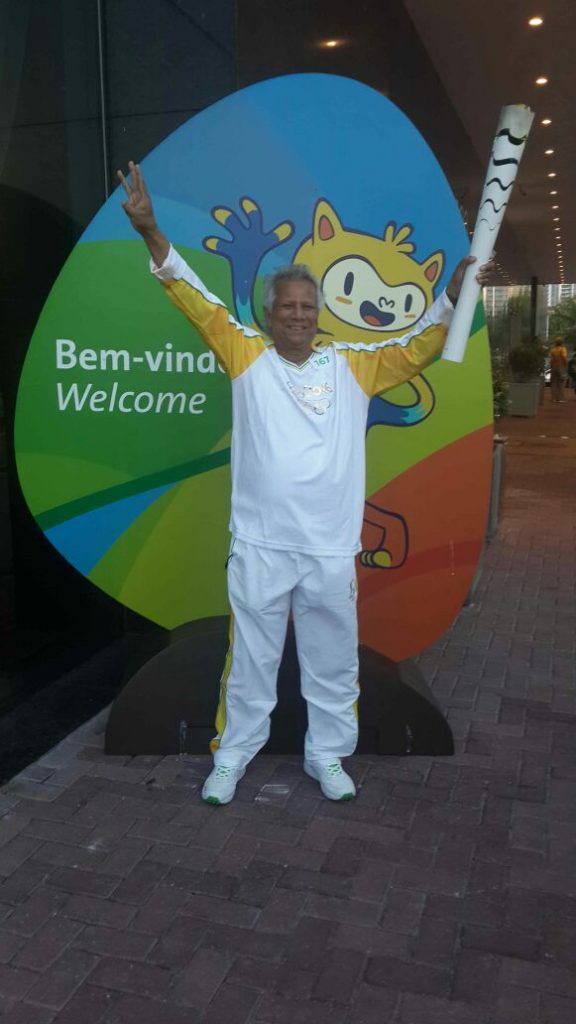 All along the walk crowds of local children, youth. men and women surrounded him taking videos and pictures to capture this historical event in their neighbourhood. Many in the crowd recognised him as the father of microcredit which is popular in Brazil. The media truck overflowing with TV and print media cameras from all around the world drove slowly in front of him and the procession covering the event. At the end of the walk, he passed on the flame to Ms. Michelle Jean, former Governor General of Canada and the present Secretary General of the Union of Francophone Countries. There was a carnival-like atmosphere with music and excitement all around.

In the evening he was invited as a guest of honor at dinner by the IOC President Mr Thomas Bach which was attended by 450 leaders of sports world and distinguished guests like UN Secretary General Ban ki Moon, French President Francois Hollande, HRH Princess Anne, HM King of Netherlands, HRH Crown Prince of Denmark and high officials of the IOC. Professor Yunus was given a seat at the head table along with the distinguished guests and their spouses.

Earlier in the day, he was invited as keynote speaker at the conference of the CEOs of Brazilian businesses hosted by the Inter-American Development Bank and inaugurated by the Mayor of Rio. Professor Yunus encouraged businesses to get involved in social businesses to tackle some of the pressing issues of society including unemployment and wealth concentration.

Professor Yunus will attend the Olympic events, as the distinguished guest of IOC, for the next few days. 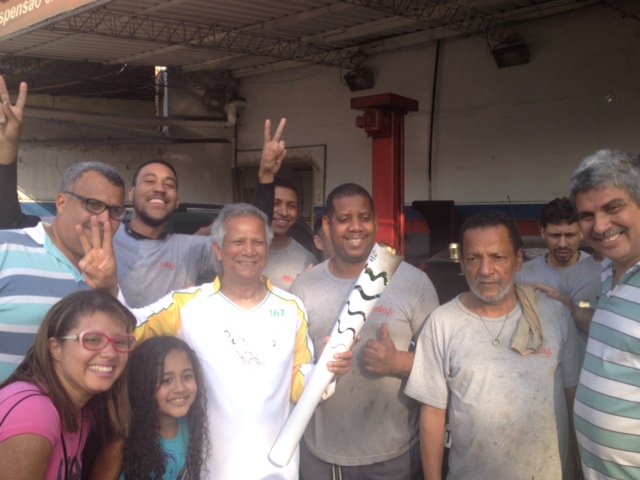 Nobel Laureate Professor Muhammad Yunus with Olympic torch posing for a photo with a group of local spectators during his Torch Relay through the poor neighborhoods of Rio.