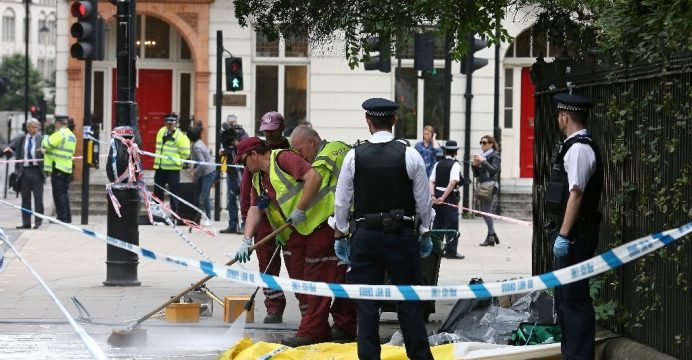 A woman was killed and five people injured in a knife attack in central London Wednesday which police said they are investigating for possible terrorist links. A man was arrested at the scene, Russell Square in the heart of the city, after being tasered by officers, reports BSS.

“Terrorism is one possibility being explored at this stage,” London police said in a statement. The woman was treated by paramedics at the scene but pronounced dead. No details were released about the condition of the other victims.

A large police presence was deployed to the area, which is close to the British Museum and the University of London, following the attack. 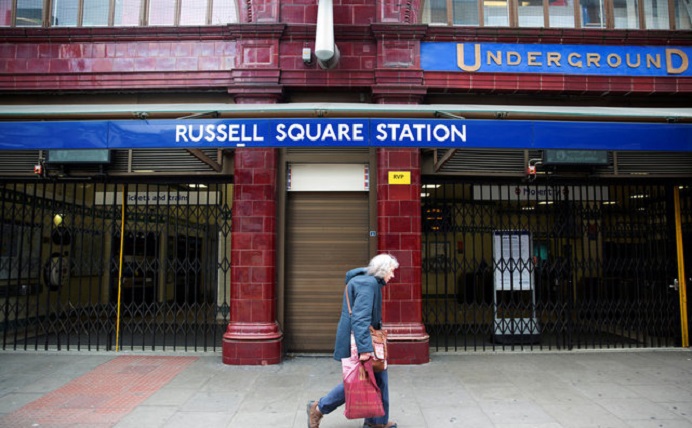 Man passing by the Russel Square Station in London

According to France24, Armed police were called at 10:33 pm (2133 GMT) after a man armed with a knife started to attack people in London’s Russell Square, a popular park near the site of the deadly suicide bombings of July 7, 2005.

The victim, an American woman in her 60s, was treated at the scene but pronounced dead a short time later. Another woman and four men were treated in hospital, though three of them were later discharged.

The London police’s Assistant Commissioner for Specialist Operations Mark Rowley told reporters that those injured in the attack included nationals from Australia, Britain, Israel and the United States.

Police, who arrived within six minutes of being called, used a Taser electric shock gun to arrest the 19-year-old suspect.

Rowley, one of Britain’s most senior anti-terrorism officers, said that a Norwegian national of Somali origin had been detained but they had found no evidence of radicalisation to suggest the motive was related to terrorism.

“All of the work we have done so far increasingly points to this tragic incident as having been triggered by mental health issues,” he said.“We believe this was a spontaneous attack and that the victims were selected at random.”

“So far we have found no evidence of radicalisation that would suggest that the man in our custody is in any way motivated by terrorism,” Rowley added.

Police cordoned off the southern part of the square, which sits at the heart of London’s university area and is close to landmarks such as the British Museum, for several hours as forensics officers examined the attack scene.

The threat level in Britain remains at “severe”, its second highest level, meaning a strike is “highly likely”. London police had already pledged to deploy more armed offices after a spate of terrorist attacks in other European countries.

Just hours before the Russell Square attack, London’s police chief said that he would deploy an additional 600 armed officers across the capital to protect against attacks.