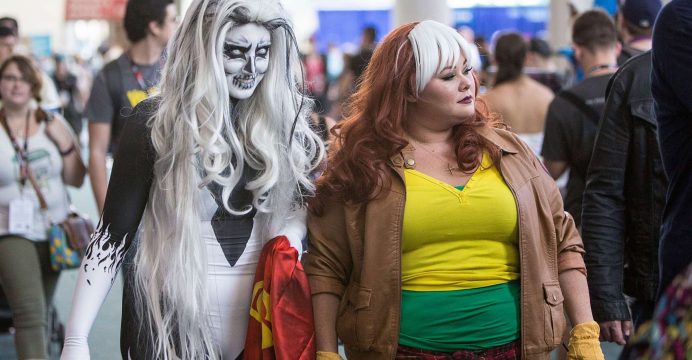 San Diego may be miles away from fashion capitals like New York, Paris and Milan, but that doesn’t mean that the costumes on display at the city’s annual Comic-Con can’t be runway-ready.

The “geek couture” movement at the annual convention for fans of films, television and comic book culture sees budding designers showcase their cosplay based on franchise such as “Star Wars,” “Pokemon” and “Doctor Who” at the third annual “Her Universe” fashion show , reports Reuters. “It can be sci-fi, fantasy, gaming, you name it,” said Dan Madsen, publicist of the event. “Anything that is celebrated here at San Diego Comic-Con can be turned into a Geek Couture outfit.”

The show also hosted a competition between the 27 designers, where three winners – one picked by judges and two by the audience – get to have their designs turned into reality and sold through clothing label Hot Topic. One of last year’s winners went on to design haute couture outfits in Milan.

“This is a real starting ground for people wanting to get into the fashion industry and it’s a way for them to explore their creativity,” Madsen said.