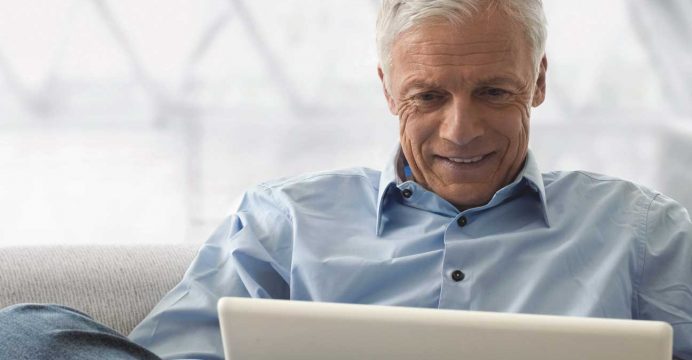 A new study published in Diabetologia (the journal of the European Association for the Study of Diabetes [EASD]) shows that recurrent episodes of diabetic ketoacidosis (DKA)  ‒ a potentially life-threatening condition brought on by acute high levels of blood glucose ‒ are associated with high mortality rates and early death, particularly in young, socially disadvantaged adults, and individuals with mental health issues.

The main findings of the new study are that median age at death was just 32 in patients with 5 or more DKA admissions compared to 53 in the groups with 2 – 5 admissions or a single admission. The authors say: “Most strikingly, a greater than 1 in 5 risk of death was observed in those with the highest frequency of DKA presentation, over a median 2.4 years of follow up; compared to a 1 in 20 risk of death in those with a single DKA over a median of 4 years.”

The research conducted by Dr Fraser Gibb and colleagues at the Royal Infirmary of Edinburgh, UK, found that recurrent DKA, defined as 5 or more events during the patient’s lifetime, was associated with substantial mortality, particularly amongst young, socially disadvantaged adults. Members of this high-risk group were also, on average diagnosed with diabetes at an earlier age, had higher levels of glycated haemoglobin (HbA1c), a standard method for assessing blood sugar control and diabetes status, and were far more likely to be prescribed anti-depressants than individuals who experienced just a single DKA episode.

Despite incremental improvements in DKA mortality, T1D continues to be associated with premature death. In Scotland, DKA is the single biggest contributor to loss of life in the under-50s, being the primary factor in the deaths of 29.4% of men and 21.7% of women with T1D who die before that age. Hospital admission for DKA is strongly associated with social deprivation, high levels of HbA1c, reduced compliance with insulin therapy, and more commonly occurs in female patients. Recurrent DKA is also particularly common in patients who were diagnosed with diabetes in adolescence and those with mental health issues.

Despite these earlier findings, there has been no previous research that has been conducted as a systematic assessment of mortality risk in the context of recurrent DKA. As a result, the authors of this study wanted to examine factors associated with recurrent admission for DKA, assess the risk of mortality during inpatient admissions for DKA and, for the first time, in the years following discharge from hospital.

This was a retrospective cohort study of all 628 hospital admissions for DKA episodes in 298 patients with T1D at the Royal Infirmary of Edinburgh between 2007 and 2012. Clinical, biochemical, and death data were obtained from electronic patient records and national databases, including Scottish Care Information – Diabetes Collaboration (SCI-Diabetes), Scottish Index of Multiple Deprivation (SIMD) and national primary care level prescribing data, with follow-up data collection continuing until 2014. This provided a median follow up of 3.4 years, and, where patients had more than one DKA admission during the study period, the data from their last admission were used for analysis. Investigation into the number of lifetime DKA admissions, some of which may have occurred before the study period, was limited to patients diagnosed with diabetes from 1981 onwards, when national data collection began. The patients were then assigned to three groups: 1 lifetime DKA, 2 – 5 lifetime DKA, and more than 5 lifetime DKA. National primary care level prescribing data have also been recorded in Scotland since 2009 and this was used to establish whether patients had received medication during the study.

The study found that patients with recurrent DKA (more than 5 events) were diagnosed with diabetes at an earlier age (14 vs. 24 years old), had higher levels of social deprivation, higher HbA1c (103 vs. 79 mmol/mol) and tended to be younger (25 vs. 31 years of age) than those with a single DKA admission. Anti-depressant use was greater in those with recurrent DKA compared to those with a single episode (47.5% vs. 12.6% of patients in each group). Other classes of medication were not found to have any significant relationship with DKA admission frequency. The authors add: “Almost 50% of the most frequent DKA attenders had received an anti-depressant since 2009 and, although the absolute numbers were low, there was a trend towards a greater likelihood of admission for treatment of psychiatric illness.”

The authors say: “Those diagnosed with diabetes in adolescence and those with mental health issues appear to be at particularly high risk for recurrent DKA and efforts are required to develop effective support strategies.”

They conclude: “The most striking finding from this investigation is the substantial short-term risk of death associated with recurrent DKA admissions in T1D. Recurrent DKA disproportionately affects young people, typically with greater social deprivation and markedly elevated HbA1c.”