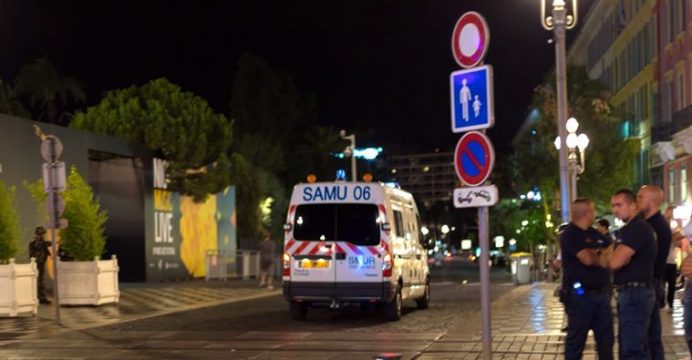 At least 80 killed in Nice attack in Paris

At least 80 people were killed and another 100 injured in the southern French city of Nice after an attacker drove a lorry into a crowd celebrating the Bastille Day national holiday, authorities said, reports Aljazeera.

The attacker behind the wheel on Thursday drove at high speed along the famed Promenade des Anglais seafront, hitting the mass of spectators who had been watching a fireworks display.

Identity papers belonging to a 31-year-old French-Tunisian were found inside the truck, a police source told the AFP news agency on Friday. 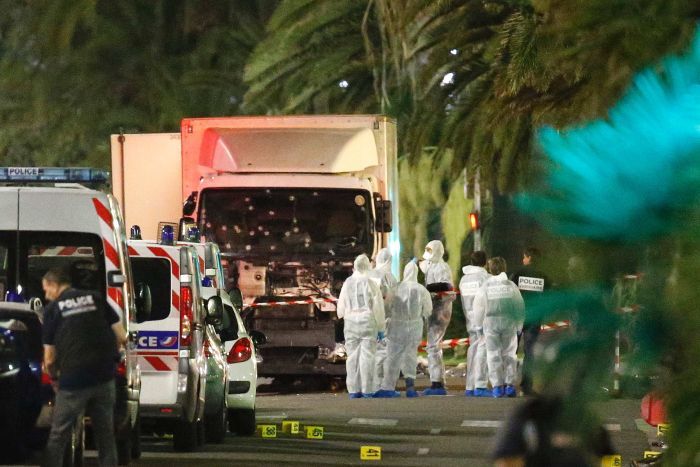 “The identification of the truck driver is still under way,” said the source. The identity papers indicate the man is a resident of Nice.

The attack struck just as the fireworks display – which was attended by thousands of people – was ending, at around 11:00pm local time (21:00GMT).

Eric Ciottio, the ranking politician of the Alpes-Maritime department that includes Nice, said the lorry rammed into the crowd over a distance of two kilometres.

Ciotti said on BFM TV that police killed the driver “apparently after an exchange of gunfire”. He said the truck was loaded with weapons and grenades.

According to CNN, Dominique Molina and her husband Tony saw the scene unfold from their hotel balcony, which overlooked the beachfront promenade where the attack took place. Their 14-year-old son was with them.

She said it took a few seconds to register that the truck, which she saw veer onto the street at about 25 mph “barreling people,” was intentionally mowing down the crowd.

“I grabbed my son, and i just felt like shielding him and protecting him from seeing that,” she told CNN’s Anderson Cooper. “He’s really shaken,” she said. “People should not see these types of things.”

She said heard the “banging sounds” the truck made as it ran over the crowd from the balcony. After the gun fire, she heard shrieking and began to see flocks of people run frantically among fallen bodies.

“Within a few moments of the gun fire everything went very quiet, very eerily quiet and then you started hearing wailing and screaming and crying,” she told Anderson Cooper.

Her husband Tony said they saw at least 10 dead bodies, strewn on the street.

“These bodies kind of sat. It was sad, because there were families just laying down, crying next to these bodies,” he said.

“Then they had to clear the area out. The bodies sat there covered up.”

WE HAD TO RUN FOR OUR LIVES

Paul Delane had just finished watching the fireworks for the Bastille Day celebrations — France’s equivalent to July 4 — when thousands of people started running in his direction.

“My partner took my hand immediately and we started running with everybody and honestly in my head I had no idea what was going on and the music was so loud.”

Though he didn’t see the truck, Delane did see “people running and screaming and crying and people carrying their children, and it was just very frightening.”

“We all just knew that we had to run for our lives. Well, that’s basically what happened,” he told CNN.

Zeynep Akar also watched from her balcony at home as the horrific scene unfolded. She had stepped outside to watch the fireworks.

“I suddenly heard the crash and people shouting,” Akar told CNN’s Wolf Blitzer. “There were so many people on the ground.”

When she heard gunshots, she ran inside her house and switched off the lights. Brenden Phillips, a Georgia Tech student studying abroad in France, was in Nice for the four-day Bastille Day weekend festivities.

Five to ten minutes after the fireworks ended, police cars rushed past him and an influx of people began running in his direction on the Promenade. An officer was directing people, repeatedly shouting “Go quickly! Go that way!” in French, Phillips said.