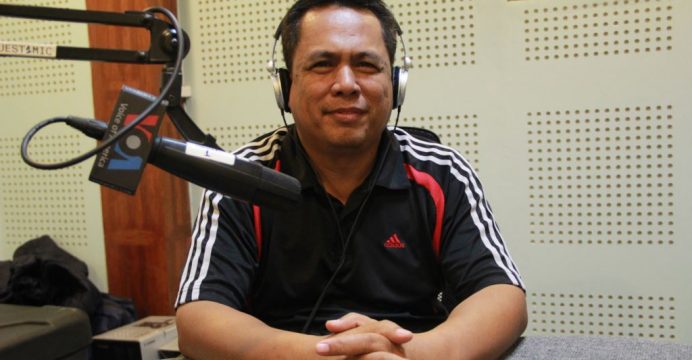 A prominent Cambodian political analyst known for his trenchant criticism of the government was shot dead on Sunday morning at a convenience store, police said, reports BSS.

The daylight slaying of Kem Ley comes at a time of heightened political tensions between strongman premier Hun Sen and the country’s political opposition, who accuse the prime minister of launching a fresh crackdown against them.

Police said Kem Lay, a popular commentator and grassroots campaigner, was gunned down as he drank coffee at a convenience store attached to a gas station in the capital Phnom Penh.

“He was shot dead at a mart just before 9am,” Kirt Chantharith, national police spokesman, told reporters.

A suspect was arrested nearby and confessed to killing the analyst over an unpaid debt, Kirt Chantharith said.

“But we don’t believe him yet. We are working on this case,” he added.

Cambodia has a long a tragic history of rights and labour advocates being murdered with their killers rarely brought to justice.

A photographer at the scene said Kem Ley’s body lay in a large pool of blood below a metal table inside the convenience store. Hundreds of onlookers had gathered as police cordoned off the area.

Local media showed pictures of the alleged suspect being taken into custody. He appeared injured with blood running down the left-hand side of his face.

The killing will do little to lower already simmering tensions inside the impoverished Southeast Asian nation, which has been dominated by Hun Sen for the past 31 years in a reign marred by accusations of corruption, electoral fraud and rampant rights abuses.

Scores of government critics and rights workers have been arrested in recent months while others have been tied up in ongoing legal cases.

Kem Ley was critical of both the government and opposition parties, advocating for a new era of clean politics in a notoriously corrupt nation which is expected to hold a general election in 2018. But the bulk of his criticism was aimed at Hun Sen’s ruling party.

The prime minister, a former army commander who defected from the Khmer Rouge, has held power alongside a small but powerful coterie of political allies that have become enormously wealthy.

A report published by Global Witness last week detailed how Hun Sen’s family alone had amassed a multi-million-dollar business empire spanning the impoverished country’s most lucrative sectors during his rule.