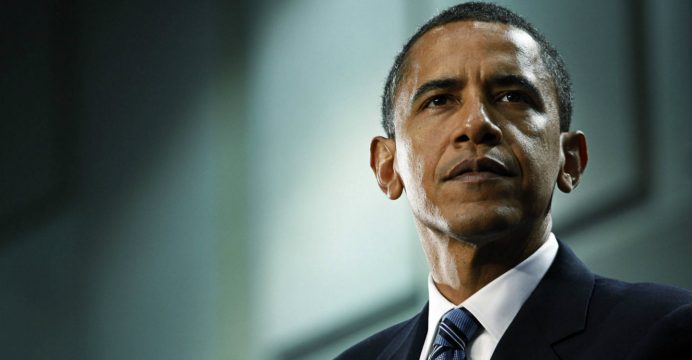 US President Barack Obama warned on Wednesday against isolationist tendencies in America and elsewhere, calling it “the wrong medicine” to fix legitimate concerns about globalization, reports BSS.

While Obama did not mention Donald Trump by name, he took a clear swipe at the Republican presidential candidate’s heated anti-trade rhetoric during a “Three Amigos” summit with his Canadian and Mexican counterparts.

“Even if we wanted to we can’t seal ourselves off from the rest of the world,” Obama said in a speech to the Canadian parliament after trilateral talks. 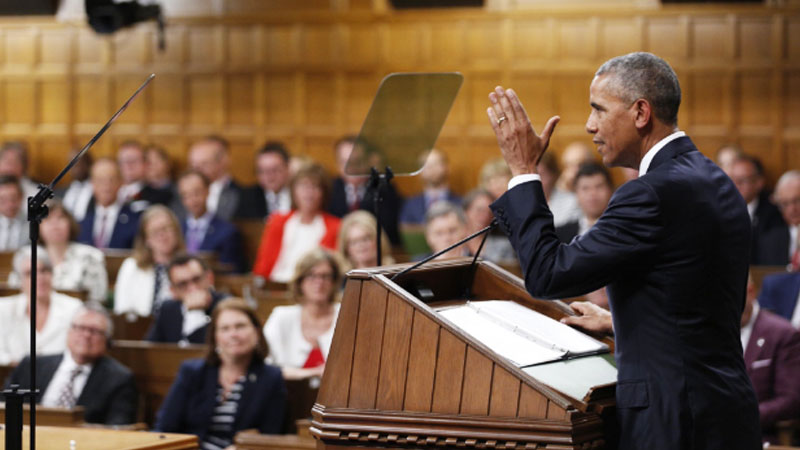 “In an integrated, global economy the solution is not for us to try to shut ourselves off from the world,” he earlier told a news conference in Ottawa — held as Trump repeated a threat to renegotiate or walk out of the North American Free Trade Agreement (NAFTA).

Delivering a plea for regional cooperation and free trade, Obama argued — in a thinly-veiled rebuke to the real estate magnate — for growing the United States’ relationship with Mexico, “our neighbor, our friend.”

He accused some of exploiting fears by “arguing that we must rebuild walls and disengage from a chaotic world… in order to regain control of our lives.”

“We saw some of these currents at work this past week in the United Kingdom’s referendum to leave the European Union,” he said.

Trump has made Mexicans a prime target of his anti-immigrant rhetoric, promising to build a wall on the US-Mexico border that threatens to undermine the NAFTA accord that has bound the two countries together with Canada since 1994.

“We’ve had times throughout our history where anti-immigration sentiment is exploited by demagogues,” said Obama. “But guess what? They kept coming.”

“Unless you are one of the first Americans, unless you are a native American, somebody, somewhere in your past showed up from someplace else. And they didn’t always have papers.”

“We are neighbors, we are friends,” he added, announcing he would soon visit the White House. “This friendship is based on strong cooperation and teamwork.”

In the same vein, Canadian Prime Minister Justin Trudeau highlighted the joint efforts by the three nations, calling it “proof that cooperation pays off, and that working together always beats going it alone.”

For the billionaire Trump, NAFTA is the root of America’s economic woes, including job losses. Trump reiterated on Wednesday his intent to revisit the 1994 accord that unites 530 million consumers and represents more than one-quarter of the world’s gross domestic product (GDP).

“I’m going to tell our NAFTA partners that I intend to immediately renegotiate the terms of that agreement to get a better deal for our workers, OK?” he told supporters at a rally in Bangor, Maine.

“If they do not agree to a renegotiation, then I will submit notice under article 2205 of the NAFTA agreement that America intends to withdraw from the deal, OK?”

With less than seven months before he leaves the White House and a new president is sworn in, Obama will make his first joint campaign stop with Democrat Hillary Clinton next week as he throws his full weight behind her in the battle against Trump.

Six days after Britain’s vote to exit the European Union, felt on both sides of the Atlantic, the shock British decision to go it alone topped the agenda of talks in Ottawa.

Obama recognized there existed “genuine concerns” about the impact on long-term global growth if the Brexit goes ahead.

But he expressed “confidence” in the global financial system’s resilience and stability, and the ability of all parties in Europe to work out a smooth transition.

Do the United States, Canada and Mexico not fear a spillage from the so-called Brexit impacting the North American trade pact or raising questions about it?

Obama warned against “simple comparisons” between Europe’s woes and North America. In the spirit of stepping up collaboration, the three leaders announced a strengthening of efforts to fight climate change.

The aim is to produce 50 percent of the continent’s overall electricity from “clean energy,” including from solar and wind, nuclear and hydroelectric generation, by 2025. This is up from 27 percent in 2015.

“The Paris Agreement was a turning point for our planet, representing unprecedented accord on the urgent need to take action to combat climate change through innovation and deployment of low-carbon solutions,” the leaders said in a joint statement calling for the accord to come into force before the end of the year.

Mexico also joined a commitment already made by the United States and Canada to reduce emissions of methane — a powerful greenhouse gas — by 40 to 45 percent by 2025, compared to 2012 levels.