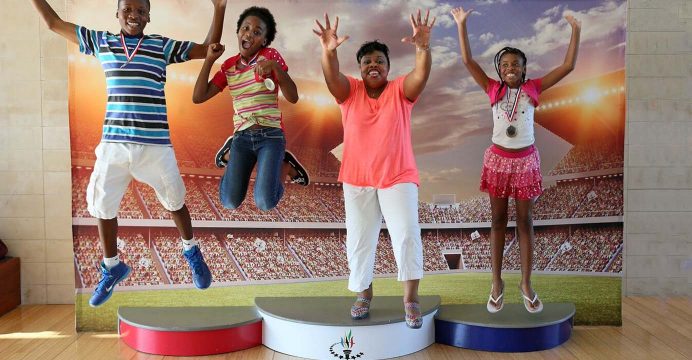 Set against the backdrop of the 2016 Olympic Games in Rio de Janeiro, Brazil, and 20 years after the Centennial Olympic Games held in Atlanta, Georgia, this exhibit tells the story of American athletes in the modern Olympic and Paralympic Games. Beyond celebrating their achievements and athleticism, the exhibit, like the Games themselves, honors the human spirit that unites us all: across borders, generations, gender and race.

“American Champions celebrates the incredible athletes who represented the very best of our country and embodied our best hope for the future.” said Stephanie S. Streett, executive director of the Clinton Foundation. “We are all the beneficiaries of their tremendous dedication, determination, and hard work.” 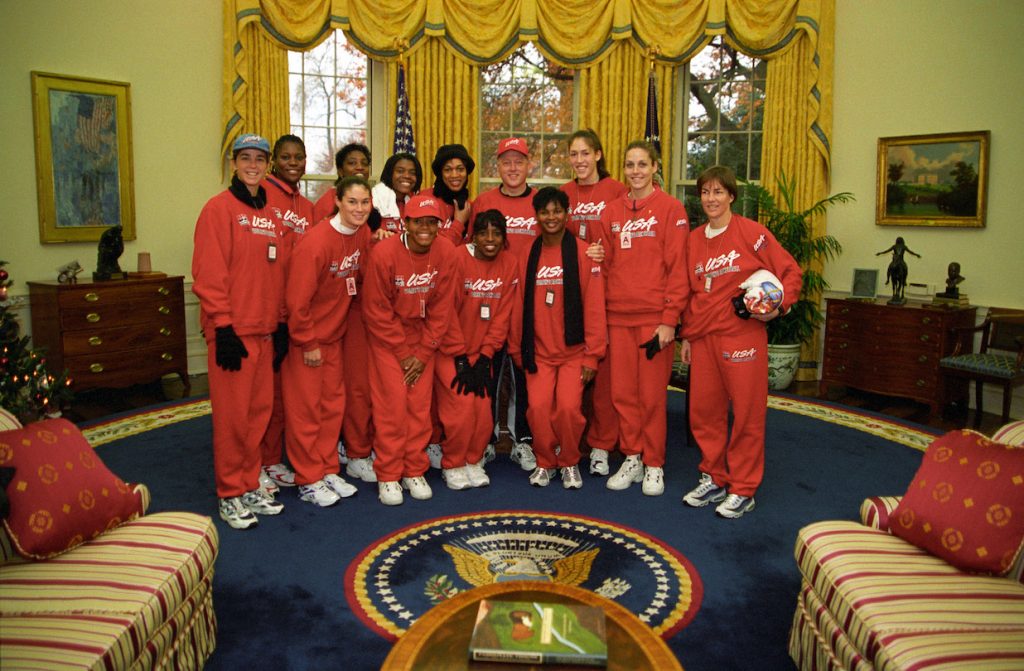 The exhibit includes photographs, film, and memorabilia featuring athletes as diverse as Arkansan Clyde Scott, speed skater Bonnie Blair, tennis players Venus and Serena Williams, and curler Shawn Rojeski, along with dozens of other American Olympic athletes. Additionally, this is the first exhibition about the Olympic and Paralympic Games to feature significant material related to American Presidents.

The Summer Games are featured in the Center’s Temporary Gallery, located on the second floor. Items in this section will include the basketball signed by 1996 women’s gold medal basketball team and presented to President Clinton, prototypes of the men’s and women’s gymnastics team competition uniforms, and a signed goal ball from the Athens Paralympic Games.

In addition to the Summer and Winter Games, the Center will also display a life-sized replica of Team Night Train’s, the four-man USA bobsled team, bobsled. Center visitors can sit in the sled and are encouraged to take, and share, their own photographs. Visitors are also invited to stand on a replica of a three-tiered medal platform, set in front of an image of a filled stadium, and create and capture their own medal ceremony.