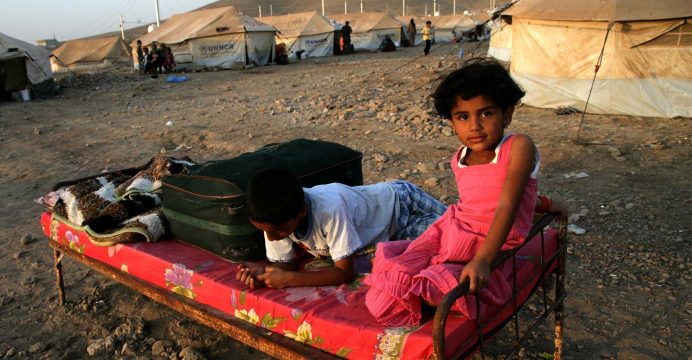 Iraq faces a humanitarian crisis this summer on a massive scale, with hundreds of thousands more people expected to flee besieged cities as escape routes open up, Save the Children is warning.

Already this month, 80,000 people have left the city of Fallujah, with another 70,000 expected to leave in the coming days and weeks. A Save the Children assessment team in Anbar, Iraq says more than half of those fleeing are children — and many are now living in makeshift camps without even a sheet to shelter under as temperatures soar above 104°F every day.

The current crisis in Fallujah is expected to be only the start of a much bigger emergency. In the north of Iraq, an estimated 300,000 children are likely to flee Mosul and the surrounding areas in the event of an offensive on the city. Already, families who can escape are doing so, in incredibly dangerous circumstances.

Children who have arrived from Mosul to the Kurdistan Region of Iraq in the last few weeks are being supported by Save the Children staff. One pair of young brothers said they ran barefoot through the outskirts of the city to the frontline with their father, leaving behind their mother who was too heavily pregnant to run but begged the boys to go. Another mother said she and her children were dodging bullets as they escaped.

Maurizio Crivellaro, Save the Children Country Director in Iraq, said: “We can expect to see the awful scenes we are witnessing in Fallujah repeated on a much larger scale if, as is expected, there is a military offensive on Mosul. Tens of thousands of children are already crammed in overcrowded camps in the searing summer heat. If and when there is another influx of displaced families from Mosul, the situation could be catastrophic.” 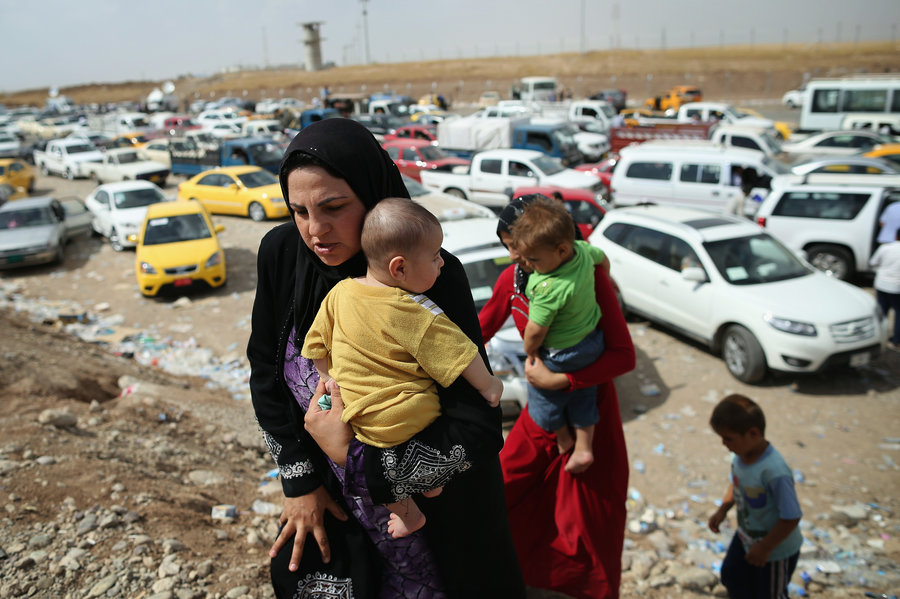 With the UN’s Iraq appeal for this year only 33 percent funded, humanitarian organizations are struggling to meet even the basic needs of families, including those who have been living in a state of extreme deprivation for more than two years under siege. There are already 3.5 million internally displaced people in Iraq, alongside 250,000 Syrian refugees, and the services to support them are overwhelmed.

Mr. Crivellaro said: “The international community cannot ignore the tragedy that is unfolding in Iraq. To stop this from spiraling out of control, funding and support need to be put in place to help the Iraqi authorities and humanitarian agencies cope with the scale of the crisis. Otherwise, we’re facing a situation where young children are escaping the terror of life under siege only to find themselves at risk of hunger, disease and exposure in supposedly safe areas.”

Save the Children is working in the Kurdistan Region of Iraq, as well as the north, west and center of Iraq, with families who have been displaced by the ongoing conflict. We distribute food parcels and vouchers, hygiene kits and clean water, run school catch up classes and make sure the most vulnerable children are protected.