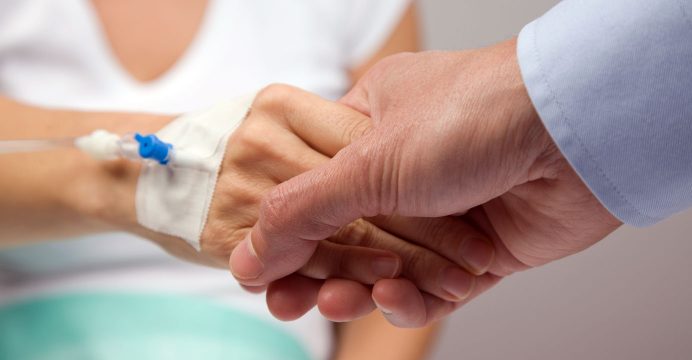 A new World Bank report has put the spotlight on the economic threat non-communicable diseases (NCDs) pose to the Pacific Islands, with heart disease, cancer, diabetes and chronic respiratory disease emerging as the top killers in the region.

The draft report, Pacific Possible: Health and Non-Communicable Diseases, was released for public comment today at the Pacific NCDs Summit in the Tongan capital Nuku’alofa. It shows that the economic burden of NCDs continues to rise in the Pacific. It projects that if no action is taken, the economic loss due to NCD mortality across 11 Pacific Island countries will reach between 8.5 and 14.3 percent of gross domestic product by 2040. The costs of NCD morbidity could increase, on average, from 13.2 percent of gross domestic product in 2015 to 18.8 percent by 2040.

“NCDs are a major public health issue in the Pacific region. Their economic burden is much greater in the Pacific Island countries than the global average,” said report lead author and World Bank senior health economist, Xiaohui Hou. “The number of Pacific Islanders affected by these conditions will continue to rise unless we work together to reduce unhealthy habits and ensure limited health resources are delivering the most value for the greatest number of people.”

The report also raises concerns over the long term financial sustainability of public health expenditures in the region, given that Pacific countries already spend a greater share of government funds on health care than the average across lower-middle incomes countries worldwide.

The report includes a number of key recommendations that Pacific Island governments could consider to help inform public health policies aimed at reducing NCDs, which directly cause up to 77 percent of deaths in the Pacific and are a major reason for premature deaths.

Potential target policy areas suggested in the report include: increasing duties on tobacco products and sugar-sweetened drinks; countering aggressive confectionary marketing, which is often targeted at children; more efficient use of health funds for programs aimed at preventing NCDs; more quality health data to help inform better policy decisions; and more active implementation of the Non-Communicable Diseases Roadmap in the Pacific, the 2014 landmark report produced by the World Bank and other health development partners in 2014.

“While a number of Pacific Island countries are working hard to address the health issues leading to obesity, heart conditions and diabetes, clearly much more needs to be done,” said Public Health Division Director at the Secretariat of the Pacific Community, Dr. Paula Vivili. “For example, one in two Tongans are at risk of developing a non-communicable disease, a situation echoed around the region. This report demonstrates that this can be overcome through targeted health programs aimed at encouraging healthier lifestyles, but this requires a genuine, committed effort from the whole of the region.”

Pacific Possible: Health and Non-Communicable Diseases comes at a time when NCDs are placing enormous pressure on healthcare systems across the region, with public health expenditures reaching potentially unsustainable levels in some cases. However, the report also demonstrates that with strong actions, the economic costs of NCDs can be reduced and the Pacific Island countries can reach their potential.