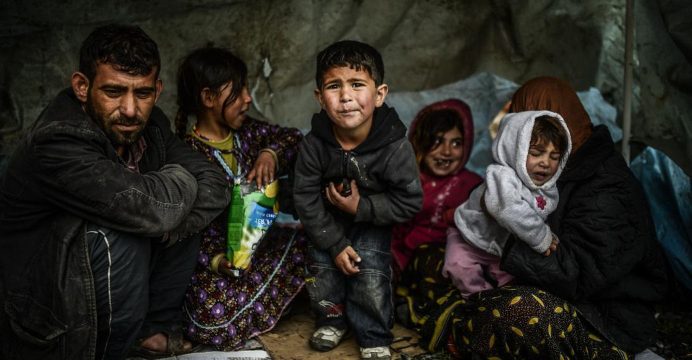 Four in five Syrian refugees struggle below the poverty line

A startling four in five Syrian refugees in Jordan are living below the poverty line, an increase from 2015, says a new study from CARE International. The report, “Six years into exile”, points to the mounting obstacles facing Syrian refugees particularly in seeking sustainable livelihoods which has left more families dependent on humanitarian assistance than in previous years.

“In the sixth year of the Syrian conflict, the evidence tells us that sustainable livelihoods remain elusive for refugees whose debt is increasing as access to monthly work income is decreasing. Despite a scaling up of international assistance, there remains a spiral of deepening poverty, and families carrying even greater debt than before,” says Salam Kanaan, CARE country director in Jordan.

The new report is based on interviews with 1,603 Syrian refugee households in urban areas of Jordan, as well as 471 Jordanian citizens. Building on annual assessments conducted since 2012, the report identifies trends in the challenges facing refugees, their priorities, coping mechanisms and relations with host communities. 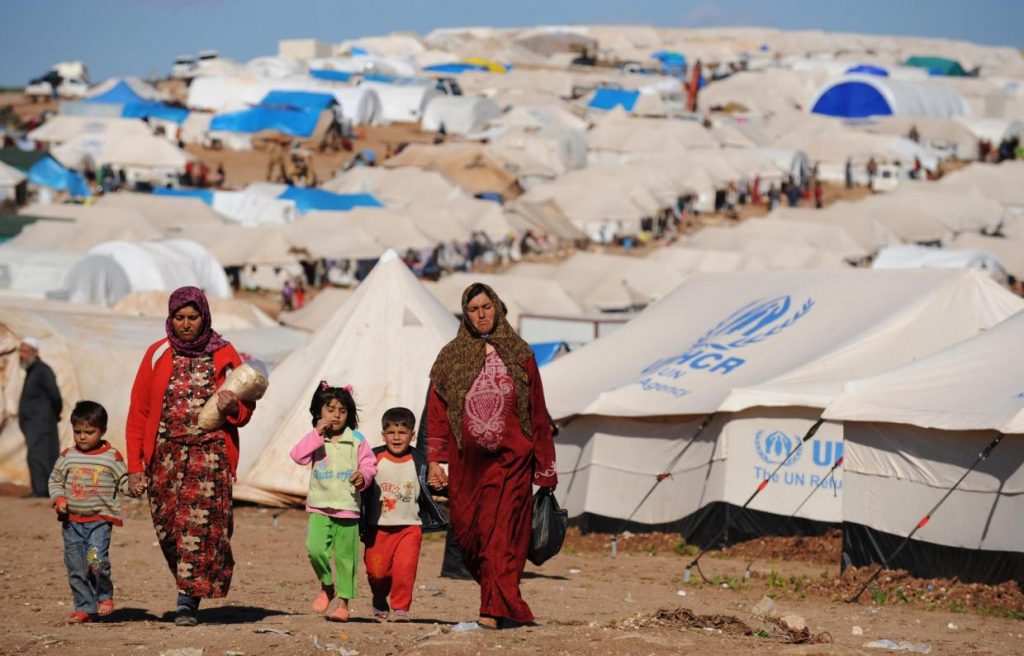 A lack of steady income and formal employment continues to be a fundamental problem for Syrian refugees. Only 43 percent of refugees surveyed reported their main source of income as work-related, a dramatic decrease from 74 percent in the 2015 report. This is despite a short-term fee waiver introduced by the Government of Jordan in 2016, allowing Syrians with the appropriate registration exempt from work permit application fees. The study revealed that while Syrians welcome the waiver, there remain multiple structural obstacles, including employer fees and protected sectors.

Most Syrians have gone into debt or adopted harmful coping mechanisms such as child labour and keeping children home from school to save expenses for transport, uniforms, books and stationary. Female-headed households, which comprise 39 percent of surveyed households, an increase from 28 percent in 2015, continue to face additional barriers to livelihoods, while also fulfilling their role as a caretaker of the household and children.

The inability to pay rent remains refugees’ top concern, with 8 out of 10 families worried about housing; 7 out of 10 lack money to buy enough food, an increase since last year.

Access to education has improved since 2015, with less than one quarter of primary school-aged children remaining out of school, compared to one third a year ago, possibly due to Government of Jordan efforts to expand classrooms for Syrians. However, one third of teenagers remain out of school, with boys more affected than girls. At least 13 percent of families reported children under the age of 17 working in the month of May, an increase from 2015. Many working children lose the opportunity to attend school, suggesting that labour can be an important factor contributing to low school attendance rates.

As in CARE’s previous assessments, many families reported difficulties dealing with the experience of violence and displacement, and the associated stress.

“Across the spectrum, there is a lack of opportunities and spaces to meet for all Syrians – boys and girls, women and men. They are unable to escape from cramped housing conditions, with no idea of when they’ll see their homes, again,” says Kanaan. “This adds incredible pressure to already vulnerable people who are unable to meet some of their family’s most basic needs.“

The report points to an increase in psychosocial issues, with 40 percent saying their overall situation has deteriorated. Urban refugee women reported high levels of psychological stress related to meeting needs and resent that they must be the bread winner in addition to holding other roles in the household. Men, likewise, feel a loss of status as they face difficulties finding work and providing for their families.

The study identified Syrian refugee women, girls, and widows as particularly vulnerable. Women and adolescent girls continue to be at increased risk of different forms of gender-based violence (GBV) in both public and private spaces. Early marriage continues to be an issue, with 4.7 percent of those surveyed found to be married minors (age 12-17). While early marriage can be a coping strategy for economic reasons, the data suggests that the increasing rates are also related to family dynamics, particularly with regards to women’s roles. Many parents are particularly concerned about their girls’ safety and “honor,” resulting in girls being confined to the house, unable to further their education due to the rising costs of schooling, and sometimes forcibly married – a mechanism to ensure minors, particularly girls, financial and personal well-being.

Among the Jordanians surveyed, many reported having had no problems with their Syrian refugee neighbors, yet 71 percent felt that Syrians have had a negative impact on their family’s daily life. Competition over employment opportunities, high and increasing rental prices, and obstacles to accessing education, health and water services were reported as the major factors driving negative attitudes toward Syrians. Almost half of Jordanians also believed that international assistance to the Government of Jordan should be increased to provide more services to Jordanian citizens, as there is a perception of and unfair and disproportionately high allocation of external aid to Syrians.

“For every year this crisis continues, we are seeing families carry an increased burden. There is a limit to what humanity can endure,” Kanaan says. “The war must end, but until it does the world community must seek longer term solutions. There is a clear need for access to sustainable livelihoods. Solutions are needed that will benefit both refugee and vulnerable host communities. The key remains an international commitment to funding that will support both.”