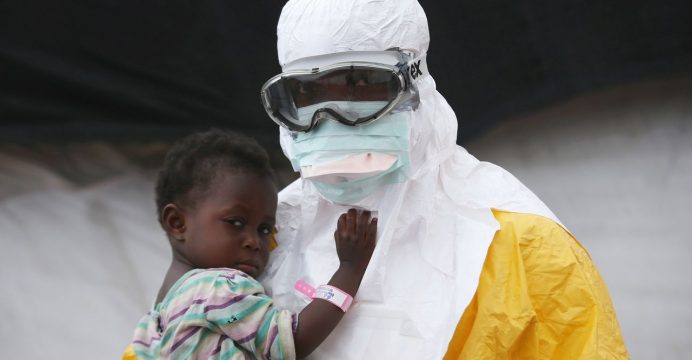 Dr Doussou Touré arrives for work at Coléah Medical Centre. She washes her hands from a bucket set up in front of the building, proceeds to a screening area where her temperature is checked and recorded and only then enters the bustling facility that she supervises.

“Ebola is under control now, but we try to keep up the infection prevention and control systems that were put in place during the outbreak,” Dr Touré says, pointing to several sturdy, brightly-coloured bins, each one designated for the disposal of varying waste matter.

Dr Touré remembers when patients with Ebola symptoms first started arriving at the hospital. She describes the determination of her team to help the incoming, amid confusion, fear and risky practices. 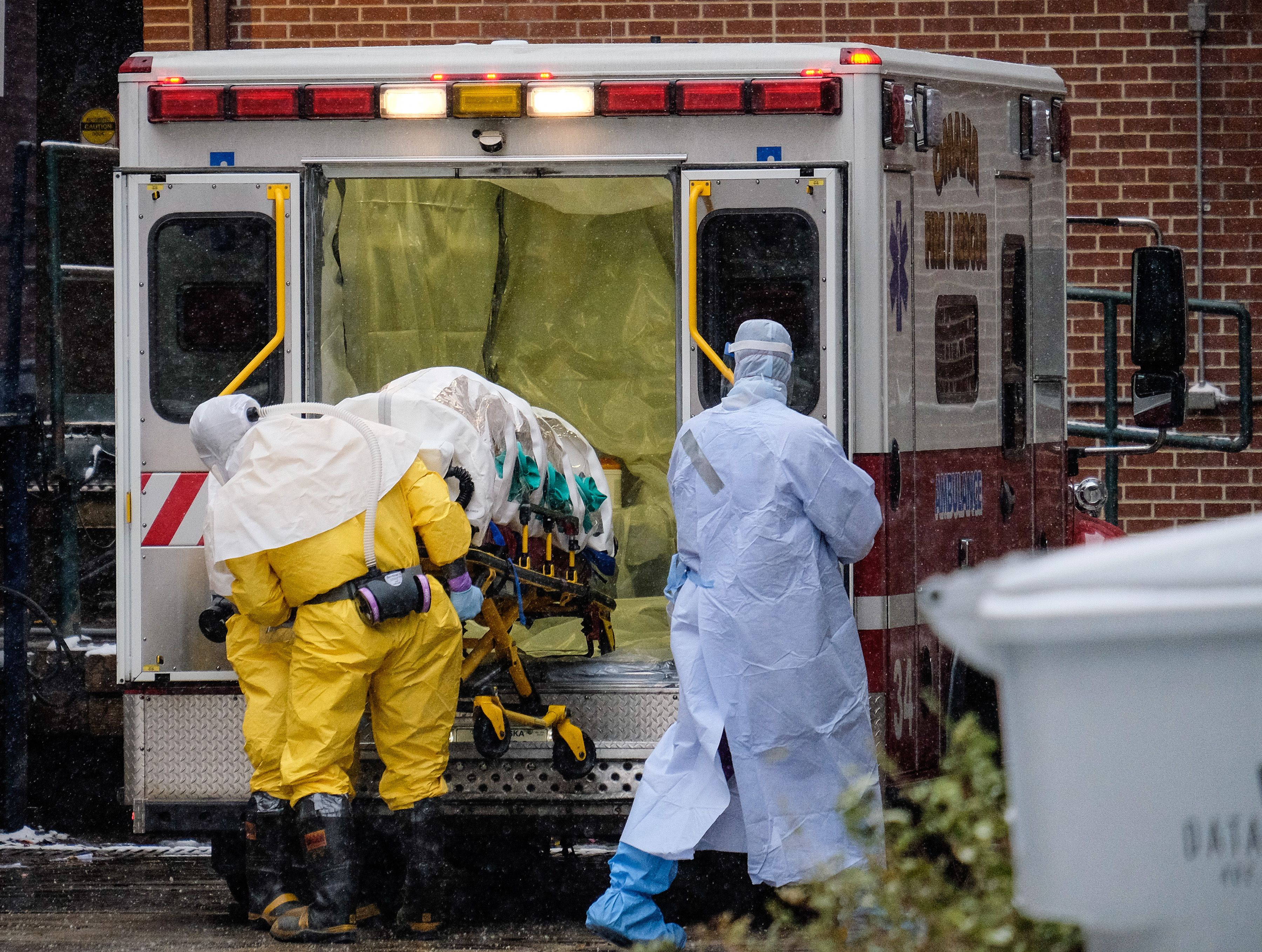 “We had no protective supplies at the beginning or knowledge of how to keep ourselves or our patients safe,” recalls the facility director. “There was nowhere to screen patients when they came or separate them if they met the case definition for Ebola. So everybody was together and exposed—patients, family, visitors, health workers.”

Staff at the centre eventually set up a tent in the courtyard of the building to isolate suspect Ebola cases.

“We tried to care for the patients in the tent and keep them there until they could be taken to an Ebola treatment unit, but it was very difficult,” Dr Touré says. “There were only 2 ambulances in the city then and it would take 6 hours for them to come, sometimes double. The patients got tired of waiting in the tent and would walk around. Sometimes they would leave the hospital and there was nothing we could do to stop them.”

Coléah Medical Centre soon started receiving personal protective equipment, sanitation and hygiene supplies, as well as training on triage and other infection prevention and control (IPC) measures from WHO, Guinea’s Ministry of Health and partners. In March 2015, WHO began constructing a permanent triage room at the facility and by summer it was being used to separate, screen and care for suspected Ebola cases before they were transferred to an Ebola care centre. The tent was retired.

The isolation and transit room near the entrance to Coleah Medical Centre is one of 12 that WHO built in the past year at under-resourced health facilities in Guinea with inadequate triage structures. Eight more are under construction, to be used for any highly infectious diseases, including Ebola.

On this day, WHO IPC supervisors arrive at Coleah Medical Centre for a monitoring visit. The triage room is empty of patients requiring isolation. In another part of the facility, squirming children are being administered drops for polio, a campaign that was shelved during the Ebola outbreak. On the adjacent side, patients wait in the shade for consultations with nurses and doctors.

WHO’s Aissatou Barry and Bienvenu Houndjo meet with Dr Touré and members of her staff to review IPC activities, provide guidance and ensure standards are being met. Today they discuss water and power supply issues at the facility and check stocks of gloves, gowns, soap, hand disinfectants and other cleaning materials and personal protective gear.

In coordination with local health authorities, IPC focal points from WHO and partner agencies carry out similar monitoring visits at health centres in 5 communes in Conakry and 33 districts across the country. More than 2700 health workers have participated in WHO trainings on triage, waste management, stock and storage management and fundamental IPC procedures and 430 of them have received additional training from WHO to provide regular on-site IPC support and mentoring at medical facilities in their communities.

“Making sure that routine IPC practices are carried out is the key to preventing transmission of Ebola or any other infectious disease from one patient to another and to keeping health workers safe and protected,” says Dr Gilbert Kayoko Tshifuaka, who oversees WHO’s IPC programmes in Guinea.

At the Coleah Medical Centre, Dr Touré says her team is no longer afraid of Ebola and would be ready to respond to new cases.

“We still have small outbreaks of Ebola in our country, but with proper triage now and so much training and support, we are confident that we can handle a re-emergence of Ebola or other infectious diseases,” she says. “We have to be prepared for cholera and meningitis too.”