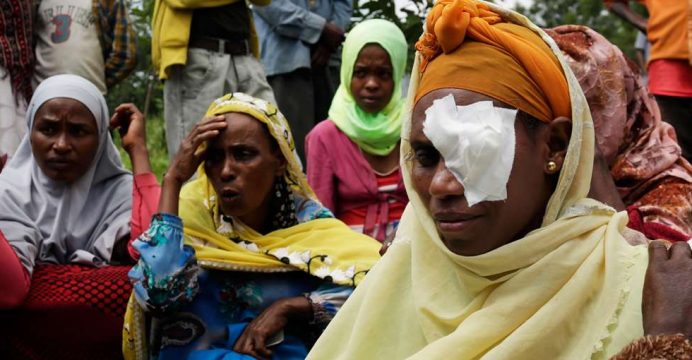 Twenty-five years after Fred Hollows was named Australian of the Year, The Fred Hollows Foundation will announce another year of record results at its Annual General Meeting in Sydney tonight.

Despite ongoing cuts to Australian aid, The Foundation’s strong support from the Australian public has driven the record performance.

Foundation CEO Brian Doolan said: “Thanks to the generosity of the Australian people and our partners we continue to push the boundaries to restore sight, performing a record 890,066 eye operations and treatments last year.”

With continued growth across all areas of work, The Foundation reported a record number of operations performed, surgeons and health workers trained, medical facilities built or renovated and donations from the Australian public.

In 2015, The Foundation was supported by almost 128,000 Australian donors who contributed about $52 million to continue Fred’s work.

Founding Director Gabi Hollows said: “If Fred was alive today, I know he would be blown away by the amount of work that has been done by the Foundation.  We have come a long way from meeting round the kitchen table, to working in 24 countries, transforming the lives of millions of people round the world.”

“The heartfelt support of everyday Aussies is incredible and without it The Foundation could not deliver life-changing treatment to those in need.  We urge people to dig deep before the end of the financial year to help us keep Fred’s dream alive.”