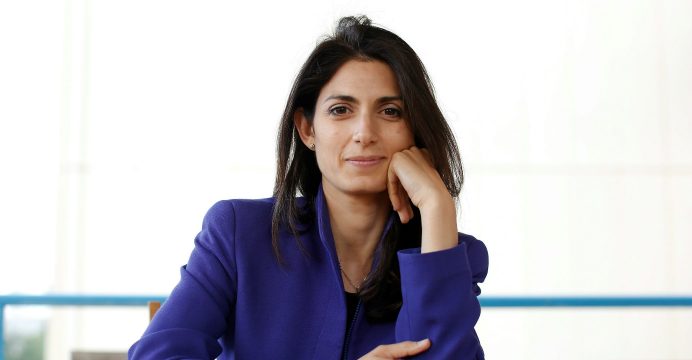 Virginia Raggi elected as the first female mayor of Rome

From kings to consuls, emperors to popes, the rulers of Rome have always been men. Until now. Voters in the Italian capital return to the polls Sunday and all the signs are that they are set to elect Virginia Raggi as the first female mayor of the Eternal City, reports BSS.

Raggi, a 37-year-old lawyer and local councillor, has leapt from anonymity to become one of the best-known faces in Italian politics in the space of only a few months on the campaign trail.

The telegenic brunette is the rising star of the populist Five Star movement (M5S), the anti-establishment party founded by comedian Beppe Grillo. 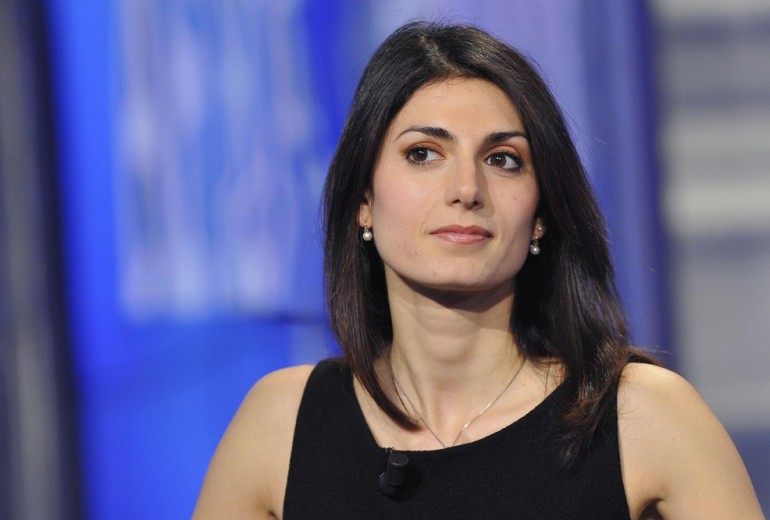 It has emerged as the best-supported opposition to the centre left, Democratic Party (PD)-led coalition of Prime Minister Matteo Renzi, and the stakes are extremely high for a movement that was only founded in 2009.

With the ebullient Renzi’s star waning slightly, success in Rome could provide a platform for a tilt at national power in general elections due in 2018.

“We are witnessing a historic moment,” Raggi said after the June 5 first round of voting, from which she emerged with 35 percent of the vote, well ahead of her run-off rival, Roberto Giachetti (24 percent).

It was a remarkable achievement for a party with a very limited organisational apparatus and also for a woman who only entered politics five years ago.

That was a move, she recently told, triggered by the birth of her son Matteo and her determination that he should not grow up in a city beset by the intertwined problems of failing public services and endemic corruption.

Opposition to Italy’s endemic cronyism and sleaze is the foundation of M5S’s appeal to voters and the Roman electorate have had their fill of those in recent years.

Dozens of local businessmen, officials and politicians are currently on trial for their involvement in a criminal network that ripped off the city to the tune of tens if not hundreds of millions.

From stealing the funds allocated to get ethnic Roma children to school from isolated camps, to paving the city’s streets with wafer-thin surfaces, scams abounded for years, according to prosecutors in what is known as the Mafia Capitale scandal.

One of the defendants was caught on a police wiretap boasting how siphoning off funds meant to feed and house often-traumatised asylum-seekers was more lucrative than dealing drugs.

The former mayor, the PD’s Ignazio Marino, helped expose the criminal activity that has contributed to these kind of abuses and the city having 12 billion euro of debts.

This has had crippling knock-on effects on public transport and other essential services, from refuse collection to road repairs.

But Marino also paid a price for the revelations emerging on his watch. Unpopular with many ordinary Romans and perceived by his own party hierarchy to be floundering, he was forced to quit last October after it emerged he had submitted several inaccurate expenses claims.

Rome’s bid to host the 2024 Olympics — against competition from Paris, Los Angeles and Budapest — has come up frequently during the campaign, but Raggi has made it clear she has other priorities.
“No Roman has asked me whether I back the Olympics,” she said in a televised debate Wednesday.

Where Marino, a liver surgeon from Genoa, was seen as an aloof outsider, Raggi has capitalised on her pure-bred Roman pedigree and as her momentum has grown, she has acquired the confidence and popular touch of a seasoned political operator.

Despite her lack of experience in running anything, the intellectual property expert is confident she has the local knowledge, character and inventiveness needed to restore Rome’s flagging morale and reputation.

“I was a curious young girl, interested in many things, but very focused, as I am today,” she told AFP. “Determination never failed me.”

If she wins on Sunday, Raggi will join a select group of women who run major cities including Barcelona, Cape Town, Madrid, Paris and Santiago, Chile. The vote in Rome is part of a nationwide election which will see a string of major cities choose new mayors.