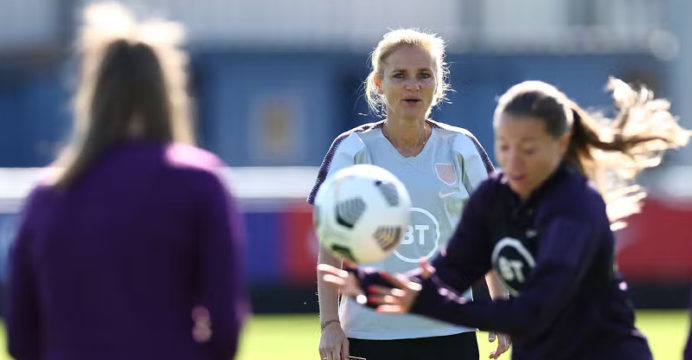 Wiegman warns England ‘have to be better’ at World Cup

Sarina Wiegman, the head coach of England, sternly admonished her European champions on Saturday that they must improve even more if they hope to compete in the FIFA Women’s World Cup in 2017.

For the finals, which Australia and New Zealand are hosting jointly, England was placed in Group D together with Denmark and China.

On July 22, they will take the field in Brisbane for the first time against either Senegal, Haiti, or Chile, who will face each other in a play-off in February to fill out the group.

The Lionesses are on a high after backing up winning the Euro 2022 title on home soil in July with a 2-1 win over world champions United States a fortnight ago.

“We have built some trust and confidence, but we know we have to be better next year because the game develops so quickly,” said England’s Dutch coach.

“So there are so many competitors and favourites for this tournament, so we know it’s really tight.

“We just have to keep working hard, getting our plan right and developing our style of play.”

Wiegman was pleased with England’s draw but is wary of Denmark, who are led by Chelsea star midfielder Pernille Harder.

“It’s an exciting draw, we know Denmark very well, they are very technical and have a nice, very recognisable style of play,” said Wiegman.

“China have been in transition a bit and have a new coach, they struggled a bit at the Olympics, but are good opponents.”