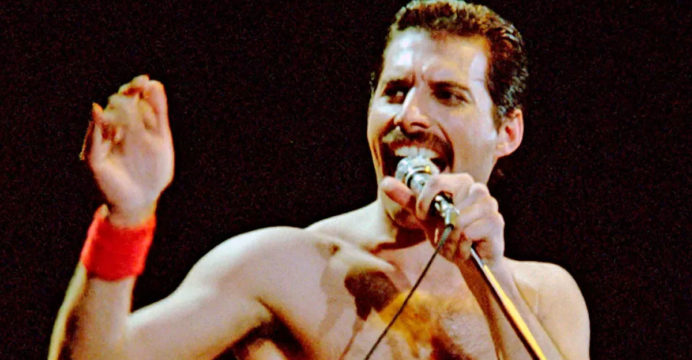 Queen have revealed a previously unheard, deeply emotional song they recorded with Freddie Mercury in 1988.

Face It Alone, which the late singer recorded during sessions for 1989 album The Miracle, was given its premiere by BBC Radio 2’s Ken Bruce on Thursday, reports BBC.

“We did find a little gem from Freddie, that we’d kind of forgotten about,” drummer Roger Taylor said about the track in June.

The song is one of six unreleased tracks to feature in a forthcoming box set of The Miracle, four of which feature Mercury’s vocals.

A slow, sombre ballad, Face It Alone opens with a pounding drum and a finger-picked guitar line, before Mercury sings: “When something so near and dear to life / Explodes inside / You feel your soul is set on fire.”

It was recorded during the historic sessions for The Miracle in London and Switzerland, when Mercury had been diagnosed with HIV but hadn’t made it public. In a powerful vocal, he appears to reference his failing health, growing increasingly passionate as he repeats the refrain: “In the end / You have to face it all alone.”

Guitarist Brian May originally thought the recording was unsalvageable, but engineers proved him wrong.

“It was kind of hiding in plain sight,” he told Radio 2’s Zoe Ball earlier this year.

“We looked at it many times and thought, oh no, we can’t really rescue that. But in fact, we went in there again and our wonderful engineering team went, ‘OK, we can do this and this.’

“It’s like kind of stitching bits together… but it’s beautiful, it’s touching.”

One of more than 20 off-cuts from the sessions, Face It Alone is much darker than tracks like I Want It All and The Invisible Man, which eventually made it on to The Miracle.

The album’s closing track Was It All Worth It, however, dealt with similar themes, as the star reflected on his life and career and asked: “Am I a happy man / Or is this sinking sand?”

Mercury died in November 1991, nine months after Queen’s final album Innuendo – the successor to The Miracle – was released. The surviving group members reconvened in 1995 to record Made In Heaven, completing songs the singer had recorded before his death.

The last “new” Queen music featuring Mercury’s vocals came out eight years ago, when May and Taylor included the Michael Jackson duet There Must Be More to Life Than This on the 2014 Queen Forever compilation.

In 2019, a stripped-down version of Mercury’s 1986 solo single Time was also released under the title Time Waits for No One.

Since 2011, the band have toured with American Idol star Adam Lambert, selling out stadiums across the world. Their 1981 Greatest Hits album is the UK’s best-selling album of all time, with more than seven million copies sold.

Face It Alone is being released as a single on Thursday, with the Miracle box set following on 18 November. The eight-disc collection will feature alternative takes and demos, alongside radio interviews and fly-on-the-wall recordings from the album sessions.

The other unreleased tracks are When Love Breaks Up, You Know You Belong To Me, Dog With a Bone, Water and fan favourite I Guess We’re Falling Out. Several of those have circulated on bootlegs over the last 30 years, but this marks their first official release.