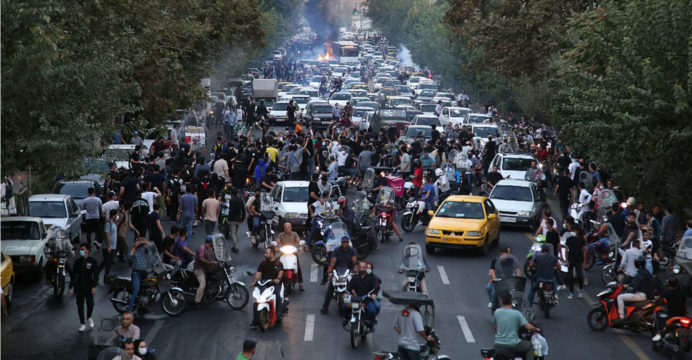 In escalating protests over the murder of a young woman in the care of the morality police, eleven people have been slain, four of them were security officials, according to Iranian news sources on Thursday.

In the northeastern cities of Mashhad, Qazvin, and Tabriz, three militiamen were killed by stabbing or gunfire after being “mobilized to deal with riots,” according to the reports.

They also added that a protester had also been stabbed to death in Qazvin. They claimed that a fourth member of the security forces had been slain in the southern city of Shiraz.

Six demonstrators’ deaths have already been reported by Iranian authorities.

Two people died in Kermanshah, another region with a sizable Kurdish population, and four perished in Kurdistan, the province of Mahsa Amini, the young woman whose death last week sparked the protests.

The Iranian government has denied any responsibility for the demonstrators’ deaths.