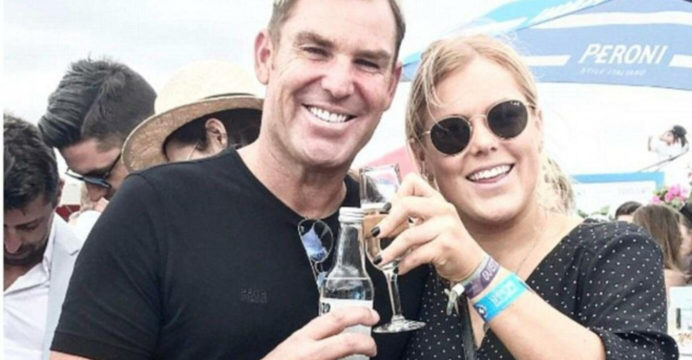 Plans to dramatize cricketer Shane Warne’s life in a telemovie only months after his death are “beyond disrespectful”, his eldest daughter says.

Australia’s Nine Network – where Warne worked as a commentator for over 20 years – reportedly began work on the project weeks after his death in March. t says the two-part film, called Warnie, will be a fitting tribute.

But his family and friends say the show is insensitive and want it scrapped, reports BBC.

“Do any of you have any respect for Dad? Or his family? Who did so much for Channel Nine and now you want to dramatize his life and our family (sic) life 6 months after he passed away?” Brooke Warne, 25, wrote on Instagram.

“He’s only been dead for a couple of months and for them to turn this around and think about doing some sensational thing, well they should be ashamed of themselves,” Mr Erskine told Melbourne’s Herald Sun newspaper in June.

On Thursday a Nine spokesperson told Guardian Australia the mini-series would be a celebration of the life of “a man who lived life large and loved passionately”.

“We have enormous respect for Shane and all his achievements, and our hope is all Australians including Warnie’s family will feel the programme honors his legacy and life,” they said.

Casting details are yet to be announced, but Nine has said the biopic will screen in Australia over two nights in 2023.

Warne died on the Thai resort island of Koh Samui on 4 March, aged 52. He has been remembered as one of the greatest sportspeople of all time.

His mastery of leg spin – a style of bowling that declined during the 1970s and 1980s when fast bowlers dominated – revolutionized cricket.

Warne took 708 Test wickets, the second most of all time, in 145 matches across a 15-year international career.