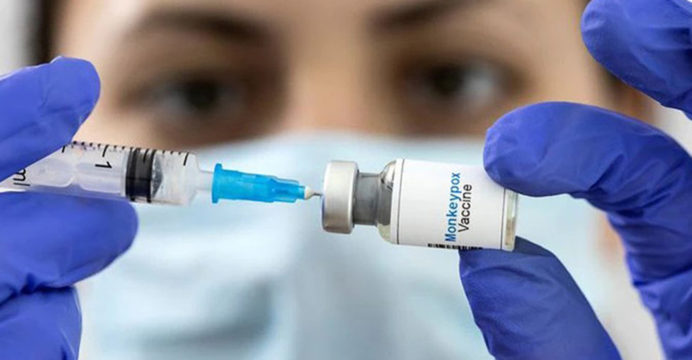 US health authorities announced Thursday they would carry out a clinical trial to test different dosing strategies of the Jynneos monkeypox vaccine, amid uncertainty over its effectiveness. The trial will enroll 200 adults aged 18-50 across the country, and is sponsored by the National Institute of Allergy and Infectious Diseases.

The Jynneos vaccine, manufactured by Denmark-based Bavarian Nordic, has been approved by the United States for the prevention of smallpox and monkeypox in people aged 18 and older. But while the highest-risk group, men who have sex with men, are encouraged to get the vaccine, there is no clear picture of how well it works in real world settings, reports BSS.

The new trial isn’t designed to produce an efficacy estimate, but rather measure the immune response of different dosing levels and administration methods.

“NIAID’s trial of JYNNEOS will provide important information on the immunogenicity, safety, and tolerability of alternative dosing approaches that would expand the current supply of vaccine,” said NIAID director Anthony Fauci in a statement.

Among the participants, one group will be injected subcutaneously — that is, under the skin. The vaccine is based on attenuated virus that is modified so it can’t replicate, and is given in two doses 28 days apart.

Scientists will test the peak immune responses and compare the side effects across the groups. President Joe Biden’s administration has bet heavily on the Jynneos vaccine to stem the spread of monkeypox, which has affected more than 20,000 people in the United States since May.

But the question of how well the shot prevents infection versus minimizing disease would require further study to answer. The current global outbreak is primarily affecting gay and bisexual men.

Historically, the virus has been spread via direct contact with lesions, body fluids and respiratory droplets, and sometimes through indirect contamination via surfaces such as shared bedding. But in this outbreak, there is preliminary evidence that sexual transmission may also play a role.

The virus causes painful skin lesions and flu-like symptoms. Most people fully recover, but the disease can cause serious complications, including bacterial infections, brain inflammation and death.