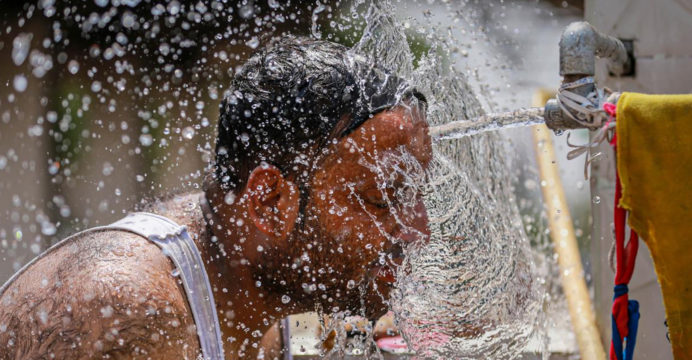 According to a Bangladesh Meteorological Department (BMD) advisory valid for 24 hours starting at 9 am today, the current mild to moderate heat wave is predicted to persist in various parts of the nation.

“A mild to moderate heat wave is sweeping over Rangpur, Rajshahi and Sylhet divisions and the districts of Dhaka, Tangail, Rangamati, Cumilla, Chandpur, Feni and Chuadanga and it may continue,” said the bulletin.

In several locations across the nation, light to moderate rain or thundershowers with brief gusty winds are expected to happen.

The locations are in the divisions of Chattogram, Dhaka, Mymensingh, Barishal, and Sylhet. Light rain may fall in a single or few locations over the divisions of Rajshahi, Rangpur, and Khulna, with relatively heavy falls occurring in a few isolated locations across the nation.

Over the nation, day and nighttime temperatures may not fluctuate much.