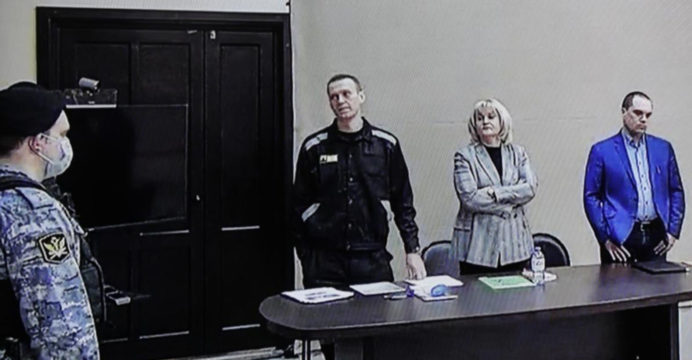 Navalny, a Kremlin opponent, was sentenced to nine years in prison

According to an AFP journalist, a Russian court sentenced jailed Kremlin critic Alexei Navalny to nine years in prison on Tuesday after finding him guilty of theft and contempt of court.

Navalny, 45, will serve a “six-year term in a strict-regime penitentiary colony,” stated judge Margarita Kotova during the hearing, which took place inside Navalny’s penal colony outside Moscow.

It’s unclear whether the nine-year term will run concurrently with the two-and-a-half-year sentence he’s already serving.