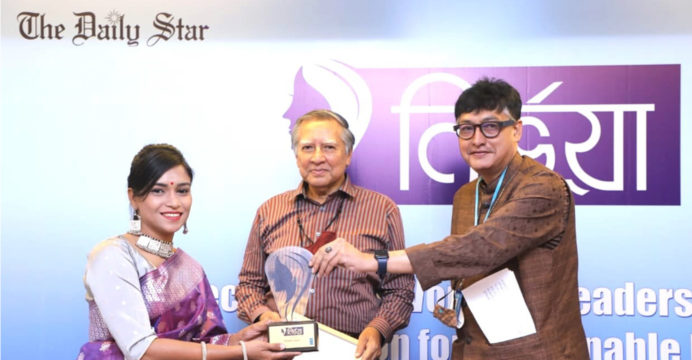 Shakila Islam, Youthnet’s co-founder and national coordinator, has received the Nirbhaya Award for her commitment to women’s long-term sustainability in the face of climate change. Shakila’s family was affected by Super Cyclone Sidr in Bakerganj, Barisal, when she was only 12 years old. Since then, She has been dedicated to addressing the climate catastrophe and its many manifestations. Shakila launched Youthnet for Climate Justice when she was a teenager. Now, the platform has grown into a major coastal-based youth movement dedicated to achieving climate justice.

The award was presented by The Daily Star and the United Nations Development Program (UNDP) Bangladesh on the occasion of International Women’s Day yesterday (March 8). Five women, including Shakila, have been awarded “Nirbhaya” in recognition of their contribution to climate leadership and building a sustainable future for women. Others are Kohinoor Akhter from Chittagong, Hasi Begum from Barguna, Shahinur Akhter from Chandpur and Shantana Khisa from Rangamati. They received crests and certificates at a ceremony at the Daily Star Center in the capital. This was the second edition of the “Fearless” initiative. Last year, five women received similar recognition for their selfless initiative among the superheroes.

Shakila Islam stated at the time that Bangladesh, like many other countries throughout the world, was affected by climate change. Women are both innocent victims and protestors when it comes to climate change. Women and other vulnerable groups should be shielded from adversity, according to us. More efforts are needed to educate women about the solutions available to mitigate the effects of climate change. They must relinquish their ways of making money. “More liberty must be ensured.” 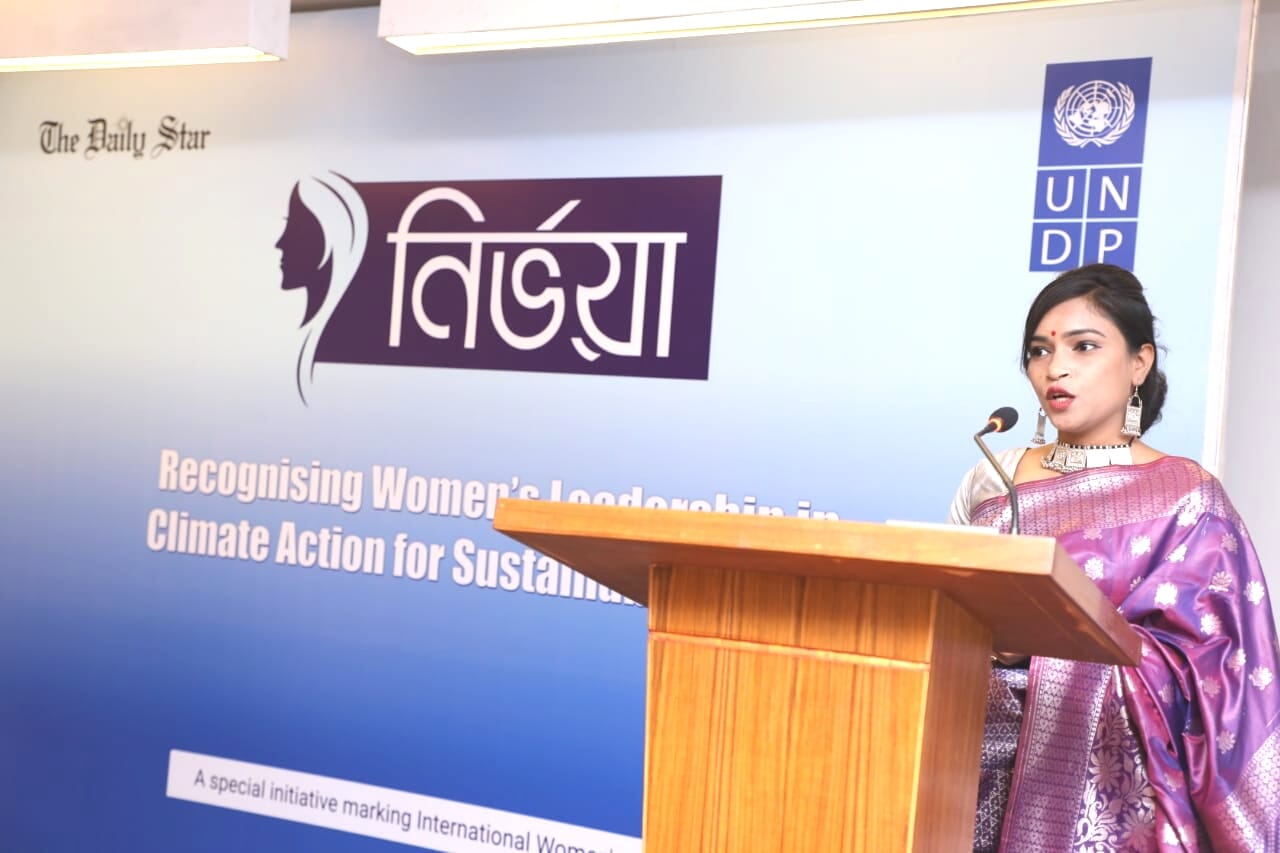 Mahfuz Anam, editor and publisher of the Daily Star, remarked that leadership characteristics involve courage, honesty, conscience, and a willingness to help people. The receivers must possess such positive characteristics. In response to the oncoming issue of global climate change, he stated that humanity has never faced a task like this before. Many natural disasters can be avoided with coordinated efforts. Climate change, on the other hand, is a disaster that requires immediate attention.

UNDP Resident Representative Sudipta Mukherjee stated that women are inherently suited to any type of upbringing, be it environmental, natural, or human. Women are the most vulnerable to the negative consequences of climate change, thus achieving sustainable development goals will be impossible without them. Mukherjee further stated that the “Nirvaya” initiative would continue in the coming year and beyond. UNDP urged its Bangladeshi colleagues to host more awardee celebrations in their local communities in order to spread the word about courageous women’s accomplishments and encourage others.