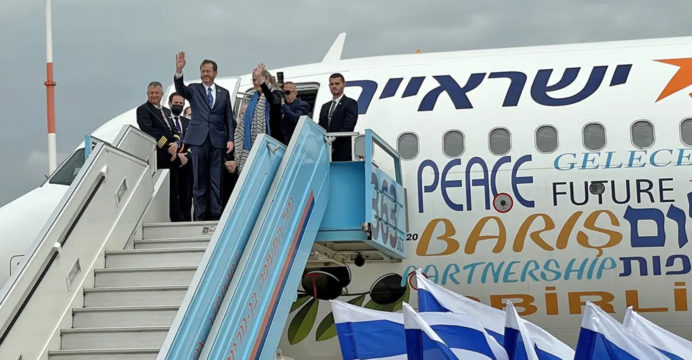 Israel’s president arrived in Ankara on Wednesday for the first time since 2007 on a tour aimed at mending strained ties with Turkey.

Before leaving Israel, Isaac Herzog stated that he would aim to “restart” relations with Turkish President Recep Tayyip Erdogan, which had been harmed by “ups and downs.”

Herzog arrived at the Turkish presidential palace in Ankara, escorted by a Turkish mounted color guard, as light snow began to fall.

Erdogan and a military honor guard received him, while a band played the Israeli national anthem for the first time since 2008.

Turkey and Israel were previously close allies, but Erdogan, an outspoken opponent of Israel’s policy toward Palestinians, strained the relationship. Erdogan’s acceptance of Hamas, the militant group that governs the Gaza Strip, has also enraged Israel. Israel believes Hamas to be a terrorist organization.

The ambassadors from both countries withdrew.