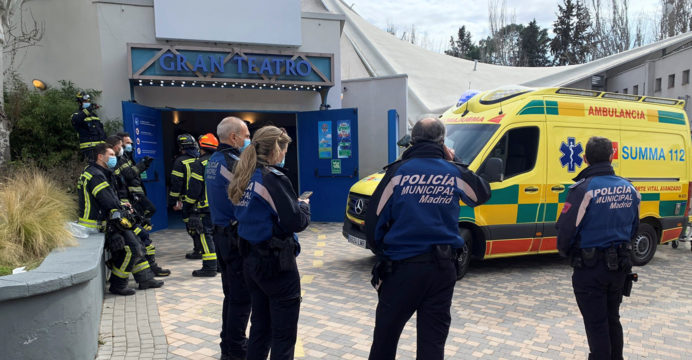 On Saturday, the roof of an auditorium in Madrid’s Parque de Atracciones partially collapsed, injuring 13 individuals, eight of whom required hospital care.

According to local emergency services, the catastrophe occurred during a private function held at the park’s “Grand Theater,” when a 200-square-meter plasterboard ceiling collapsed.

All of those injured are said to be between the ages of 30 and 50, with eight of them requiring medical attention for minor scratches and bruises.

The business was inspected and the area was sealed by the fire department, while local police initiated an inquiry.