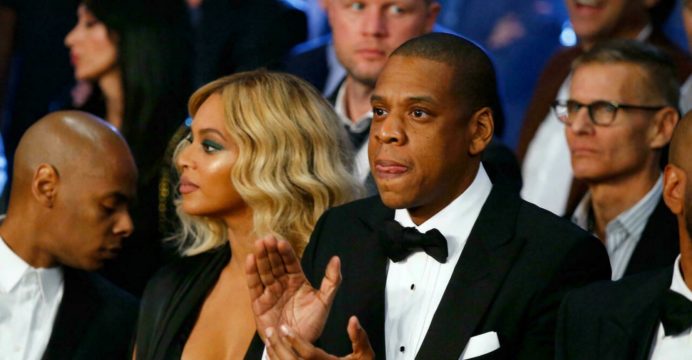 Beyonce, Jay-Z and Grande in Oscars race as shortlists unveiled

The Academy released its annual shortlists Tuesday ahead of the formal nominations, and Beyonce, Jay-Z, and Ariana Grande are all in the running for the best original song Oscar. However, the French shocker “Titane” did not make the shortlist for best foreign picture.

The tennis film “King Richard,” about the father of Serena and Venus Williams (played by Will Smith), featured Beyonce’s ballad “Be Alive,” which was on a list of 15 songs that will be whittled down to a final five before the Oscars in March.

She will compete against her husband Jay-Z, who produced Netflix Western “The Harder They Fall,” and teamed up with Kid Cudi for the movie’s track “Guns Go Bang.”

Grande appears in satire “Don’t Look Up,” in which her pop star character sings “Just Look Up” to implore the public to take seriously the impending threat of a comet plummeting towards Earth.