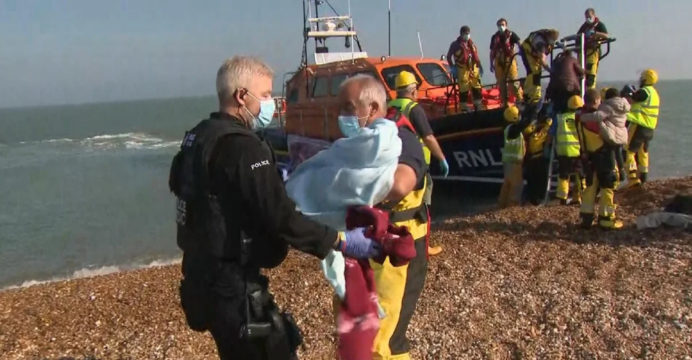 The newborn was saved after floating on the English Channel for 9 hours!

After 9 hours of floating in the English Channel, a newborn was rescued! The migrants were apprehended by police when they entered the UK last Saturday (October 9th).

After a health check-up, the mother and child are provided first assistance. They sailed from France in a small boat to enter Britain, according to legend. After 9 hours of drifting in the sea, the squad arrived at the border.

The newborn was transferred to the Royal National Lifeboat Institution, wrapped in a blanket. The baby’s mother told Sky News that she had risked her life to secure the baby’s safety.

The number of immigrants in the United Kingdom has recently risen. To prevent this, surveillance at sea has been intensified. Despite the fact that Britain and France have signed an agreement in this regard, the country’s press association reports that about 16,000 migrants have entered the country this year, about double the number from the previous year.