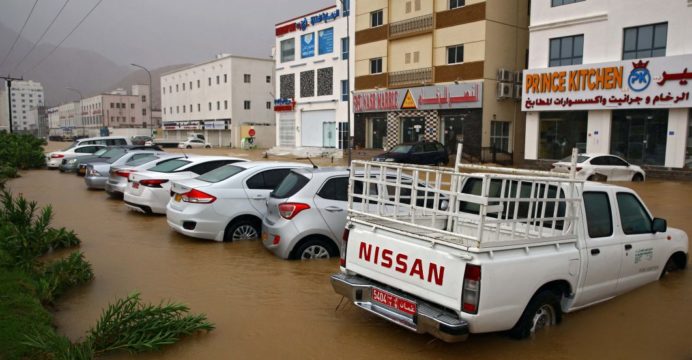 One child has died in flash flooding while flights and schools have been suspended as tropical Cyclone Shaheen bears down on Oman, authorities said on Sunday.

Some flights to and from Muscat International Airport were suspended “to avoid any risks”, the airport tweeted, while the Civil Aviation Authority urged people to avoid low-lying areas and valleys.

The UAE was also bracing for possible impact, with emergency authorities urging people to avoid beaches and low-lying areas.

“We would like to assure everyone that the concerned authorities are on high alert and prepared to deal with any upcoming tropical situation,” the UAE’s National Emergency Crisis and Disaster Management Authority said on Saturday.