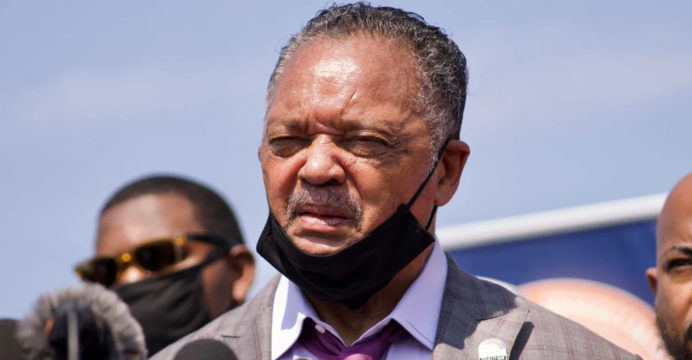 Jackson, 79, and his wife, Jacqueline Jackson, 77, were in treatment at Northwestern Hospital in Chicago, the reverend’s Rainbow PUSH Coalition organization said in a statement on Facebook.

“Doctors are currently monitoring the condition of both. Anyone who has been around either of them for the last five or six days should follow” the guidelines of the government’s Centers for Disease Control and Prevention, the brief statement added.

Baptist minister Jackson has been a leader in the American Civil Rights movement since the 1960s, when he marched with Martin Luther King and helped fundraise for the cause.

He was the most prominent African American to run for the US presidency, with two unsuccessful attempts to capture the Democratic Party nomination in the 1980s, until Barack Obama took the office in 2009.

Jackson was vaccinated against the coronavirus in January this year, putting out a statement at the time urging Black Americans, among whom there is a higher rate of vaccine hesitancy, to get the shot.

“For understandable reasons… African Americans harbor suspicions about scientists and vaccines,” the statement said, adding, however, that if they “decline to be vaccinated, all will remain at risk.”

Covid-19 vaccines are free and widely available in the United States, though only half of the total population is fully vaccinated.

The announcement of Jackson’s hospitalization comes as the United States is being battered by a new wave of Covid-19 cases driven by the hyper-contagious Delta variant, which has sent national daily cases soaring to beyond 70,000, and concerns vaccine efficacy could be waning.

Jackson announced in 2017 that he was suffering from Parkinson’s disease.

The reverend, who served as US president Bill Clinton’s envoy to Africa, was awarded France’s highest order of merit, the Legion of Honour, by French President Emmanuel Macron in July.