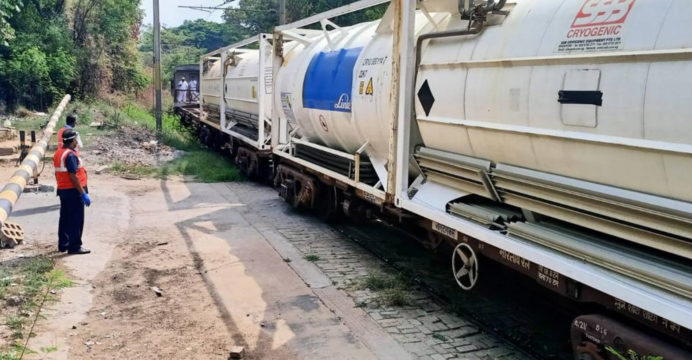 According to a news release released by the Indian High Commission in Bangladesh, “this shipment will greatly boost reserves of Liquid Medical Oxygen in Bangladesh.”

With this, India reaffirmed its resolve to continue to support Bangladesh in its fight against the epidemic, according to the high commission.

Bangladesh received the first delivery of 200 MT LMO by railway express from India on April 25.

The Indian government previously stated that India is determined to continuing to provide medical supplies with its closest neighbours until its own pandemic situation improves.

After these unique train services began on April 24 in the neighbouring country of India, 480 Oxygen Expresses have been operationalized throughout India.