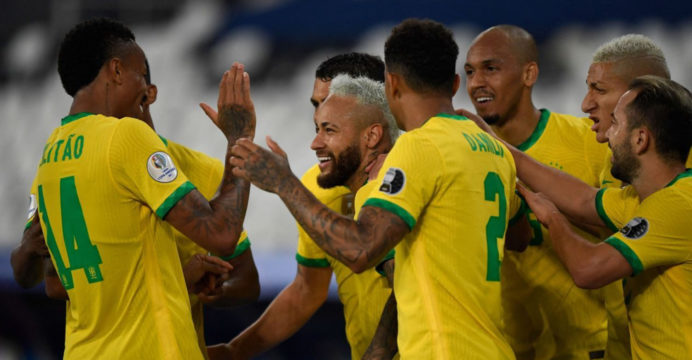 As hosts Brazil overcame Peru 1-0 on Monday to qualify for the Copa America final, star striker Neymar set up Lucas Paqueta to score the game’s only goal.

The semi-final was a rematch of the previous final, which was won on home soil by a Brazil side without injured Neymar two years ago.
In Saturday’s final at Rio de Janeiro’s legendary Maracana stadium, the Selecao will face Lionel Messi’s Argentina or Colombia, who will meet in Brasilia on Wednesday.

“Argentina is where I want to go. I’m rooting for Argentina because I have friends there, and I believe Brazil will win the championship “Neymar stated.

Brazil controlled the first half at the Nilton Santos stadium in Rio, but had to battle through some nerves after the break to reach the final.